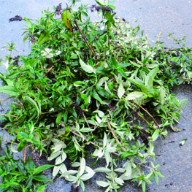 By mid-2015, thirty-three Green Points for the collection of prunings and bulky refuse will have been set up across Cyprus, according to the Minister of the Interior.

Interior Minister Hasikos, who met recently with the Commissioner for the Environment Ioanna Panayiotou, said they discussed various issues, including progress with the Green Points. The Minister said they also discussed nature reserves and the setting up of a team of scientists to re-evaluate all areas listed as Natura 2000, to the benefit of both landowners and the environment. Another issue discussed was that of waste management in Limassol. Hasikos said that by March 2014 there will also be answers by interested parties regarding the project, so that it can proceed, adding that a similar project will then follow for Nicosia.

Panayiotou pointed out the importance of promoting all issues and completing infrastructure, as well as educating the citizens in order to meet European aims, protect the environment and make a profit from waste, which is a valuable natural resource.