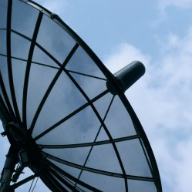 “Situated on the southeast edge of the European Union, in a region torn by conflict and upsurge of extremism, Cyprus can contribute to security and stability, promoting not only the interests of Cyprus, but also the European common interest,” Fokaides said.

On behalf of the EDA, the agreement was signed by the agency’s chief executive Jorge Domecq.

“The dramatic events these days in the Mediterranean remind us of the urgency of moving ahead and ensuring the implementation, Domecq said.

In November, Cyprus will be hosting a European conference on maritime security strategy, funded by the EDA.