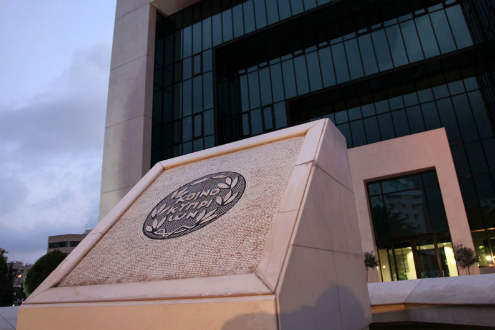 Cyprus to lift most currency controls by spring 2014

Cyprus expects to lift almost all currency controls early next year, although restrictions will remain on individuals shifting funds out of the country, Finance Minister Harris Georgiades has said .

Separately, Central Bank governor Panicos Demetriades said the island’s banks were likely to make further losses in 2014 as the economy worsens and non-performing loans rise, but that the sector has enough capital to cope. Cyprus imposed currency controls in March – a first for the eurozone – to prevent a bank run after savers were forced by the country’s international bailout to recapitalise a major lender with their own funds and a second bank was closed down.

Georgiades told parliament’s finance committee that based on a roadmap for the restructuring of the Cypriot banking system, most controls would be lifted “before the spring” of 2014. “That (roadmap) brings us to the first months of 2014 in lifting all restrictive measures with the exception of one … transferring money from an account here to an account abroad,” he said. Individuals will for the foreseeable future still have to demonstrate that such transfers are for specific business reasons, the finance minister added. “That will be the last (control to be lifted), and it is not related to any roadmap.”

Cyprus has been gradually easing restrictions on money movements since March. There is still a ban on the use of cheques, a restriction on individuals withdrawing more than €300 in cash daily and a freeze on breaking time deposits, while transactions over certain limits must be vetted. Despite the restrictions – regulations are more lax for foreign-owned banks – the system has been bleeding deposits. Based on latest ECB data, private-sector deposits fell 2.1% in August and have lost 30% overall in the past 15 months.

Cypriot banks which were hit by exposure to debt-crippled Greece are now bracing themselves for losses at home, as a deepening recession leaves people unable to repay their debts. Bank of Cyprus reported 2012 losses exceeding €2 billion on October 10, citing a rise in non-performing loans. The island’s largest lender, it was recapitalised under the bailout by the forced conversion of 47.5% of deposits exceeding €100,000 into equity in the bank.

Central Bank governor Demetriades said the restructuring had ensured banks have enough capital to withstand future shocks. “Any anticipated losses are expected to be sufficiently covered and the sector will gradually stabilise and recover,” he told lawmakers, ruling out any further moves to slap depositors with losses. “That is completely out of the question, and it’s in the memorandum of understanding (with Cyprus’s international lenders) … It explicitly states this will not happen,” Demetriades said in response to a question. “There are capital buffers in the programme to absorb any losses which might arise.” Demetriades said he did not expect a contraction as deep as the 8.7% of output forecast by the island’s EU/IMF lenders, but that the outlook was very uncertain.