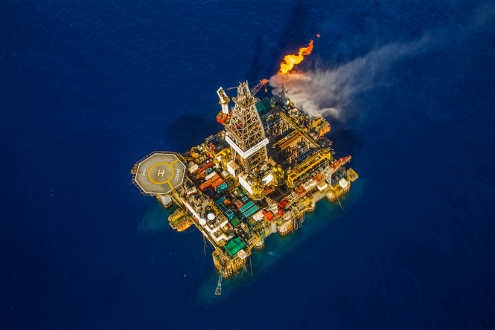 Cyprus to look at importing LNG

The government has ordered a study to be carried out to look into ways of importing Liquefied Natural Gas (LNG) for power generation but also broadly for industrial purposes.

A source in DEFA confirmed to the press recently that “DEFA has received a mandate from our shareholder (the Energy Ministry) to carry out a study concerning the options for supply of natural gas in the form of LNG for the market”.

DEFA, by law the sole importer and distributor of natural gas in Cyprus, said also it has been given six months to complete the study and forward it to the energy ministry, which will take the political decision.

The source confirmed also that the idea for the study originated from the Cyprus Energy Regulatory Authority (CERA) soon after the latest tender for importing natural gas was scrapped back in February of this year.

It’s understood that the mooted import project is being envisioned as separate and irrespective of any developments relating to Cyprus’ own gas reserves – the Aphrodite gas field – and in that sense its duration is not constrained by set timetables.

However, CERA has advised that switching to LNG for electricity generation should preferably be completed before 2018, due to the new emissions targets under the COP21 climate change agreement struck in Paris last year.

One did not have to purchase but merely to lease an FSRU to store and re-gasify the LNG, he said.

Moreover, given the relatively small quantities needed, and the declining price of natural gas, the preferable option would be to buy LNG on the spot market.

For example, every few months a tender would be put out inviting offers for specific quantities of LNG.

This would be better than committing to a long-term price from an LNG supplier, Ellinas said.

If a floating option is chosen, infrastructures would need to be built onshore, such as a receiving facility for the gas, storage facilities and pipelines connecting to power stations.

At present, only the power station in Vassilikos has the capacity to burn natural gas.

Designing and constructing these land-based facilities could take just over a year, the expert said.

The design and construction would be assigned to an EPC (Engineering, Procurement, Construction) contractor following a tender.

And Cypriot contractors possess the technical know-how to build land-based facilities such as the storage facilities.

The facilities could later be put to use if and when Cyprus’ own gas reserves from Aphrodite come on tap.

At the same time, Ellinas wonders what the apparent open-ended nature of this project says of plans to develop the Aphrodite prospect.

It’s understood that some of the gas produced at Aphrodite would be channelled to Cyprus for electricity generation, with the bulk going toward exports.

“If we are now considering a long-term solution for importing gas, one has to ask what is going on with Aphrodite,” he offered.