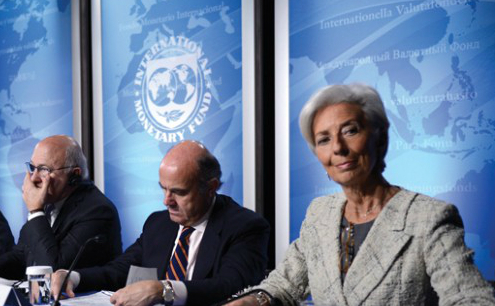 Cyprus to pay off Troika loans by 2031

In order to do so, the budget must be kept in balance for the coming years, to steadily pay back the debt without any issues.

The consistent payback of debt relies on two factors. The first is balanced budgets which manage a surplus, and the second is the credit standing of Cyprus in the global markets.

The largest part (86.3%) of the Troika loan comes from the European Stability Mechanism (€6.3 billion), with contributions from EU member states. The International Monetary Fund has borrowed €949.9 million, which corresponds to 13.7% of the loan from the MoU. The IMF loan was given in 8 instalments.

Paying back the loans

Though the MoU, and the exit from it, are the first steps in dealing with the financial crisis, Cyprus is now tasked with staying on a healthy fiscal trajectory for many years, since paying back the loans without problems is greatly important for the entire economy.

Beginning in 2017 with paying back small loans to the IMF, Cyprus is called to pay back all the Troika loans by 2031 in 20 instalments. The first loan to be paid back will be worth €86 million.