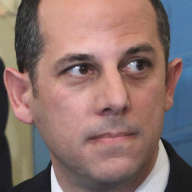 Cyprus to set up new air navigation services company by 2015

A new company providing air navigation services will be set up by 2015, Communications and Works Minister Marios Demetriades revealed recently.

Air traffic controlservices will be assigned to the company, aiming to provide better services. The Minister stated that he received a preliminary study on the creation of the new company, and expects a similar study to be handed over by summer, on the restructuring of the Civil Aviation Department.

Demetriades was speaking after a meeting with Eurocontrol Director Network Manager Joe Sultana, in Nicosia, who is working on the establishment of the new company and a proposition concerning the Department’s restructuring.

According to the Minister, changes will take effect after having secured the agreement of all parties involved, in order to reach the desired goal through collective work.