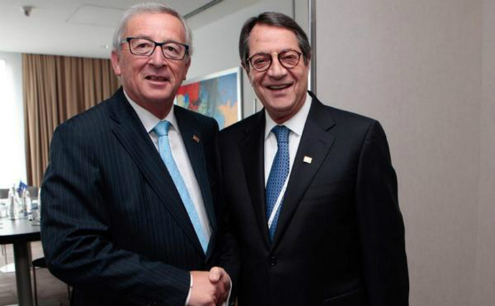 Cyprus will on December 23 2016 sign its first agreement with the European Fund for Strategic Investments, also known as the Juncker Fund, aiming at encouraging lending to small and medium-sized enterprises in Cyprus.

European Investment Bank (EIB) officials told CNA the agreement, to be signed by the EIB President Werner Hoyer and RCB bank, provides for the provision of guarantees amounting to €10 million for SMEs funding.

Similar agreements will be signed with Bank of Cyprus (€40 million) in early 2017 as well as with that Cooperative Credit Institutions to be signed at a later stage.

The guarantees will be provided by the European Investment Fund’s InnovFin SMEguarantee facility. The EIF and EFSI will assume part of the risk, encouraging the provision of credit to SMEs in a time of strict regulatory requirements that reduce the banks’ risk taking appetite.

Eligible lenders will be benefited from low interest rates, as part of the risk will be assumed by EIF and EFSI. Under the scheme`s regulations, the loans will be granted to SMEs which that seek to improve efficiency by investing in technology, such as IT systems.

Furthermore, the same sources told CNA that by the first half of 2017 Cyprus will sign a funding agreement with EFSI to finance an infrastructure project.

On Friday EIB and RCB bank will sign a loan agreement amounting to €40 million aiming to provide cheap loans to SMEs in the context of the EIB`s SME scheme with the provision of government guarantees from the Cypriot government.