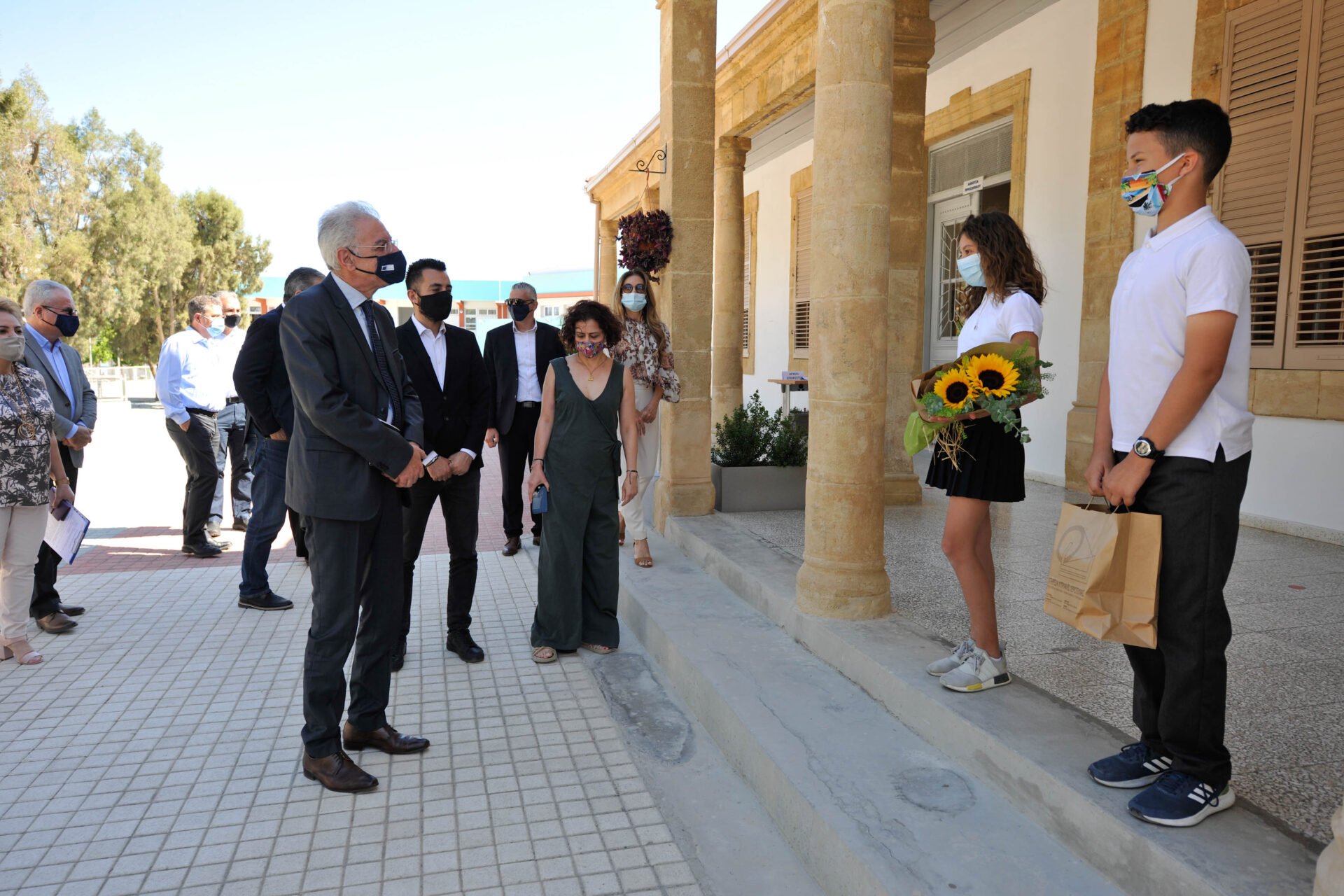 ‘Cyprus of tomorrow will depend on education of today’

The education system in Cyprus will be improved to provide students with better learning opportunities and teachers with better tools for their work, Education Minister Prodromos Prodromou said on Monday.

Speaking while visiting two primary schools in Aglandja, Prodromou said education is a top priority for the current government. “The Cyprus of tomorrow will depend on the education we offer our children today,” he said.

“Better education means better infrastructures and better teaching materials, as well as technological instruments that will allow our teachers, who we know to be at a very high level, to develop all their skills, their abilities, their talent in order to give our children what they need,” the minister said.

He added that, in the framework of the EU Recovery and Resilience Plan, the government has included the planning of 6,000 digital classrooms across the whole spectrum of the education system.

In addition to that, he said that the government has allocated over €100 million to improve the infrastructure of existing schools and to build new ones.

Last week the foundation stone for the Pallouriotissa Gymnasium was laid, a project that, according to the minister, cost around €750,000.

In addition to that, he said that over €4 million has been invested in the refurbishment of A primary school in Aglandja.

Prodromou said that in the past decade, there were some provisions for the acquisition of electronic equipment.

“As far as electronic equipment and upgrades, however, we had not progressed at the speed that we could have in the past years,” the minister admitted.

“The pandemic gave us the opportunity to see that we needed to improve a lot in that aspect.

“Today I can say that our education is turning a page. Digital technology is already well-established in our schools and it is being integrated into our education system across the board.”

Prodromou said that this year 1,320 additional computers will be given to primary schools around the country, where, according to him, there are significant shortages.

He added that the new plans concerning the education system will also depend on the outcome of the upcoming parliamentary elections, but that the groundwork on schools’ infrastructure and provision of electronic materials have already been approved and will go ahead.