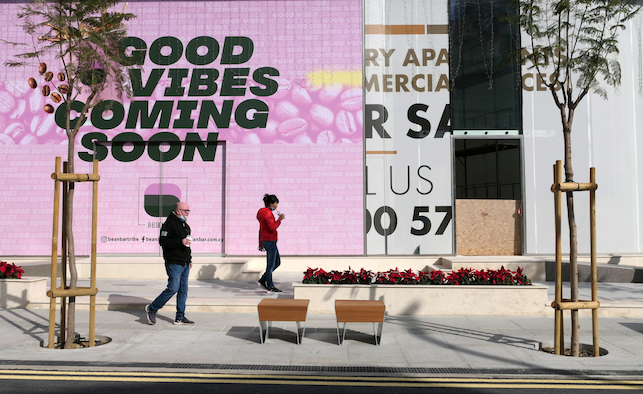 Cyprus ranks 12th amongst 34 countries in Europe, the Middle East, and Africa for the ease of doing business in the country, according to a PwC survey.

The island was ranked in the “advancing jurisdictions” category coming 12 amongst 34 countries in Europe, the Middle East and Africa (EMEA).

Cyprus scored an overall 54.5/100 on the EMEA Private Business heatmap, according to a PwC announcement.

The EMEA Private Business heatmap is based on 37 data points across seven data categories to assess countries attractiveness as destinations for the development of private business and entrepreneurship.

According to the survey, Cyprus excels for its macroeconomic environment, coming fifth amongst “leading jurisdictions”.

Cyprus owed its performance to its inflation rate, which is the lowest amongst all countries, standing at 0.20%.

The island also leads in “Tax and regulatory environment”, coming fourth, boosted by its 12.5% corporate tax (third lowest) and its indirect tax regime (19%).

The survey also lists how Cyprus lags with room for improvement.

In particular, Cyprus has a lot of catching up to do in integrating environmental, social, and governance objectives.

Cyprus tanked to 31 from 34 countries in the ESG field.

It underperformed in the category due to only 15% of its energy sources being carbon neutral.

Switzerland, Norway, the United Kingdom, Germany, Sweden, and France emerged as the best destinations for developing private business and entrepreneurship.

The “heatmap” of countries is based on their degree of attractiveness in various categories, such as the Business Landscape, Public Health, Education, Skills and Talent, Technology, and Infrastructure.

It is the first time PwC has carried out the survey.

The top score went to Switzerland (76.8), thanks to several decisive factors, such as the size of its economically active population and having the highest per capita Gross National Income (GNI).

Four Scandinavian countries are ranked in the top ten based on their overall score: Norway (2nd), Sweden (5th), Denmark (7th) and Finland (8th).

The United Kingdom (61.4) is also high up on PwC’s list, occupying third place in the overall ranking.