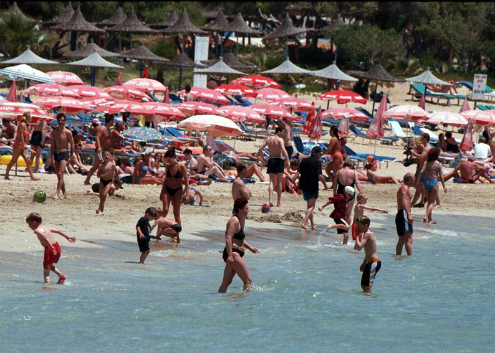 Cyprus and Canary Isles have topped the chart for best value New Year holiday bargains, according to the latest UK Post Office Survey.

Orlando and Dubai are cheapest long haul destinations, while Mauritius and Jamaica lead destinations where sterling is strongest – but their prices are highest among the 12 destinations surveyed, the Post Office said in a statement.

Despite falling in value since the General Election, it said, sterling was stronger than a year ago and this would make a wide range of top winter sun destinations more affordable for people who want to escape to sunnier climes on a New Year break.

UK holidaymakers, it added, would find their travel cash stretching up to 11 per cent further than last December in 10 of the 12 destinations it surveyed.

Cyprus was the lowest-priced of 12 winter sun favourites. Not only has sterling risen 6.6 per cent year-on-year against the euro to make resort costs cheaper, but package prices were also low. In early January this means a seven-night holiday in Paphos, including flights, three star B&B accommodation, drinks and evening meals, would cost £482 per person.

Prices in the Canary Islands were over 10 per cent higher than in Cyprus but they still took second and third places in the Post Office survey. Tenerife was second cheapest at £538 and Lanzarote was only marginally more expensive at £553.

Nick Boden, Head of Post Office Travel Money, the UK’s largest foreign exchange provider, accounting for one-in-four currency transactions, said: “Sterling is now much stronger than in the summer and that spells good news for holidaymakers. Compared with a year ago, UK tourists visiting almost every country worldwide can expect to get more foreign cash for their pounds and in Europe this currently equates to £31 extra for every £500 changed into euros.

“However, our latest research makes it clear that there are big price variations between long and short haul holiday destinations so it is a good idea to do some homework before booking to check for the best value packages and the lowest resort costs.