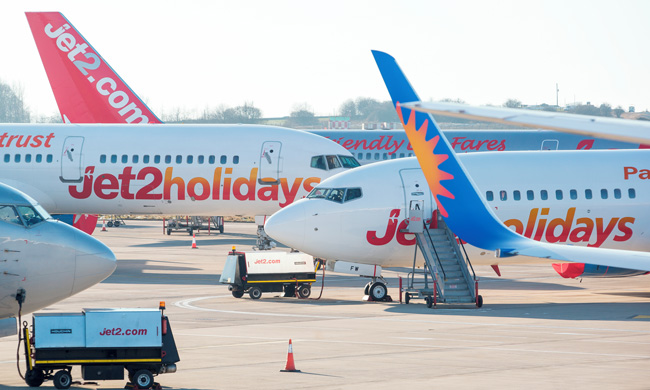 Jet2, one of Britain’s largest tour operators resumed flights to Cyprus on Monday, reviving the island’s tourism hopes to save what is left of the summer.

Tourism Minister Savvas Perdios had said that Cyprus would be seeing an increase in UK tourists from mid-August after a major British tour operator came to an agreement with his ministry to reinstate package holidays to the island.

Jet2 will be the first British tour operator reinstating flights and holiday packages to the island after UK tour operators cancelled flights last month due to the current coronavirus testing required for Brits on arrival.

Anyone entering Cyprus from the UK must have a negative coronavirus test 72 hours of arrival, due to the UK being deemed a “category B” country.

Jet2 initially claimed they would only allow holidays to resume if the UK became a “category A” country, which has no entry restrictions.

However, an increase in demand for holidays on Cyprus, Jet2 said last week that it would reinstate routes and holiday packages to Larnaca and Paphos from eight UK airports.

Paphos will follow suit on August 18, from the same airports.

Steve Heapy, CEO of Jet2.com and Jet2holidays was quoted as saying: “We are delighted to be recommencing our flights and holidays programme to Cyprus from 17 August and looking at the demand it’s very clear just how much our customers are looking forward to their well-deserved holidays in the Cypriot sunshine.

Commenting on the development to the Financial Mirror, chairman of the Association of Cyprus Travel Agents, Vasilis Stamataris, said that Jet2’s move alone may not be enough to flip the tables.

“Although the move will liven up Cyprus hotels and other tourism-related enterprises, the move on its own will not be enough to change much in the coronavirus struck industry,” said Stamataris.

ACTA’s chairman said Jet2 reinstating routes to Cyprus will definitely help tourism stakeholders to extend the season which seemed to be coming to an abrupt end.

According to reports from Cyprus hoteliers, hotels in Paphos and Ayia Napa saw their capacity reach 70% during the first weeks of August when Cypriots traditionally take their annual leave from work.

Stamataris argued that the number of flights added by Jet2 will not make a big difference Cyprus’ weakened connectivity.

“Although it remains to be seen how many tourists will eventually come from Britain with the season almost over and connectivity at one of the lowest points ever, I do not expect that it will change earlier estimates regarding tourist arrivals in August”.

He argued that Jet2’s move could put pressure on biggest UK tour operator TUI, to reinstate routes, allowing tourism stakeholders to be more optimistic about the summer season.

Stamataris said that even if a large number of tourists do exhibit an interest in coming, Cyprus may have issues in accommodating them, as the majority of hotels are not open due to limited bookings they received.

“Even if we had bookings flowing in, hotels will need weeks to prepare. The development, however, will certainly help speed up processes for hotels and tourism stakeholders to start preparing for the next season.”

The UK is Cyprus’ largest tourist market making up a third of annual tourist arrivals which reached 3.97 million in 2019.

British tourists were allowed back on 1 August, but other major markets Russia, Israel, and Sweden are not on the approved entry list because of their COVID-19 risk status.

Travel agents had complained about the obligatory test travellers from the UK have to take before flying to Cyprus, deeming it a strong deterrent for potential holidaymakers.

Reportedly, coronavirus tests in the UK cost around £200, if carried out in the private sector while the NHS will only test people with symptoms.

Perdios earlier in July had said the island should expect 100,000 tourists in August, instead of the usual 500,000 visitors.