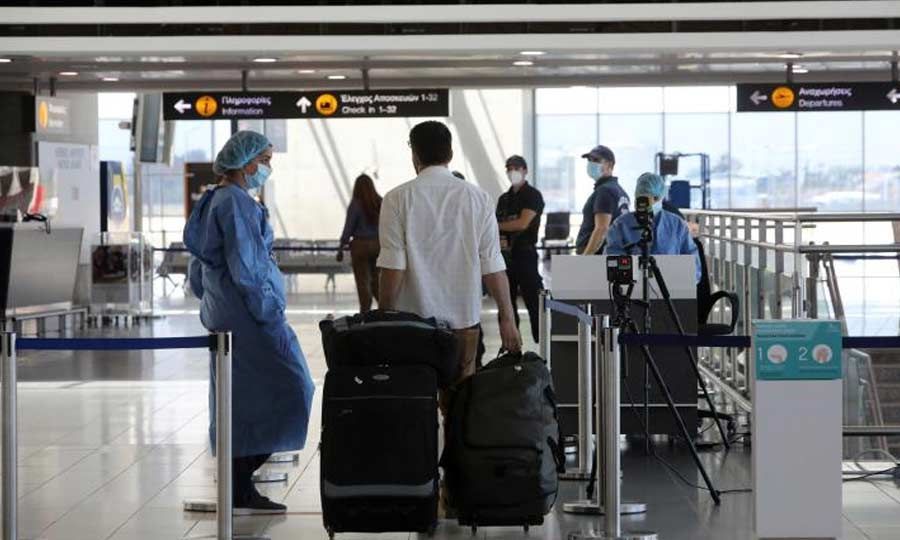 Hopes of reviving pandemic-battered Cyprus tourism in 2021 have been rekindled as mass vaccinations against Covid-19 get underway in the UK, the island’s largest market.

Under normal circumstances, the UK supplies a third of annual tourist arrivals to Cyprus which reached a record 3.97 million in 2019.

Pandemic lockdowns and travel restrictions have seen arrivals drop by 85% this year.

Travel agents in the UK report that a decision to allow people vaccinated against the coronavirus to enter Cyprus without having to quarantine or present a negative PCR test has encouraged early bookings.

In comments to the Financial Mirror Noel Josephides of Sunvil Travel and former chairman of the association of independent tour operators (AITO), said that his firm has seen signs that confidence in travelling has picked up with a considerable number of bookings for April and May.

“Cyprus was the first country to announce it will allow people in who have been vaccinated independent of their country of origin. Cyprus was quick in acting and it will see their move pay off,” said Josephides.

With mass vaccinations underway in the UK, Sunvil feels more people will feel confident to book a trip overseas.

“The bookings we have so far are from our older clientele, which if not yet vaccinated, are expected to get the jab by Easter.

“This means they will be in a position to travel with one less concern, or expense as getting a PCR test for Covid-19 in the UK can cost up to £250.”

The UK’s vaccination campaign against Covid-19 began on 8 December, with a 90-year-old woman being the first person in the world to receive the Pfizer jab.

Josephides said older people are a good pool of tourists as they are generally more organised when travelling and tend to spend more.

He believes the big bet now will be to win over younger groups who may not be vaccinated by the summer.

“One of the ways to do that, without endangering public health at holiday destinations or back home in the UK, is for countries to accept travellers taking a rapid antigen test, which have proven to be very effective, instead of the PCR test.”

“Our greatest fear is to see bookings freeze in January after taking off in December. Of course, we have other things to worry about, one of them being Brexit.”

Josephides said that UK officials have warned that from January 1, the UK will be subject to EU recommendation on external travel restrictions, a system that only allows non-essential EU travel to a handful of non-EU countries.

Asked if Covid will make it more difficult for U.K. residents to travel to the EU after January 1, Foreign Secretary Dominic Raab told BBC Radio 4’s “Today” program: “Covid restrictions will depend on the combination of what the EU decides but also member states and we’ve already got challenges with that, and of course we’ve put our restrictions in place.

Josephides feels that Brexit will not pose a more serious obstacle than Covid restrictions in place.

“Brits can go over there for 90 days in any 180 days. Furthermore, the UK is a source of significant tourism income for countries like Spain, Cyprus, Greece, and Italy.

“These countries will not want to set obstacles to tourists flying in from the UK. Nor would they immediately think of increasing fees for airlines flying in.”

Local travel agents have also seen movement in bookings from the UK, which they expect to rise once the country’s new travel list comes into effect on 1 March.

However, the Association of Cyprus Travel Agents (ACTA) has reservations over the government decision to renew the safe travel list.

“The truth of the matter is that the government still has to clarify a few questions regarding the travel list.

“Yes, they were right in deciding that people vaccinated should be allowed in without being asked for a test or to quarantine, but they have yet to explain which vaccines will be accepted,” said ACTA chief Vasilis Stamataris.

He said there is growing optimism among travel agents, but more needs to be done.

Stamataris said that Cyprus should put pressure on its EU counterparts to form a joint policy on travel lists.

“We need to see eye-to-eye with the rest of the Union so, at least travellers know if they will be quarantined or be asked to take a test.

“We can’t have Italy in the Green category, and Italy has us in the red. “That would only lead to confusion and will not help the revival of air connectivity, as people are still faced with quarantine.”

Stamataris said that travel agents expect bookings to gather pace in April, once vaccinations get underway and countries form their policies on vaccinated people.

He called on governments to allow passengers to present negative rapid antigen tests instead of a PCR, which would go a long way in encouraging passengers to get on a plane.

The airline industry global lobby group is taking the initiative and preparing to launch a ‘COVID Passport’ that would allow passengers to cross borders with ease.

“The International Air Transport Association, or IATA, is planning to introduce a mobile phone app that arriving travellers can use to prove they are vaccinated for the coronavirus that causes Covid-19 and tested negative for it.”

No government has yet said they will accept such digital documentation from travellers as a way for them to escape quarantine currently required by many nations.

Stamataris explained that IATA, which represents nearly 300 airlines that collectively carry 82% of all air travellers globally, is acting now so that its member carriers can begin ramping up their international operations as Covid-19 vaccines rollout over the coming weeks.

Meanwhile, Pfizer/BioNTech’s vaccine the first vaccine to be licensed and used in the UK has shown in trials to have 95% efficacy against Covid-19 – better than anyone hoped.

Other vaccines are in the pipeline: US company Moderna, with a nearly 95% efficacy, and the Oxford University AstraZeneca vaccine (the one Britain pinned its hopes on), which has up to 90%, depending on the dose.