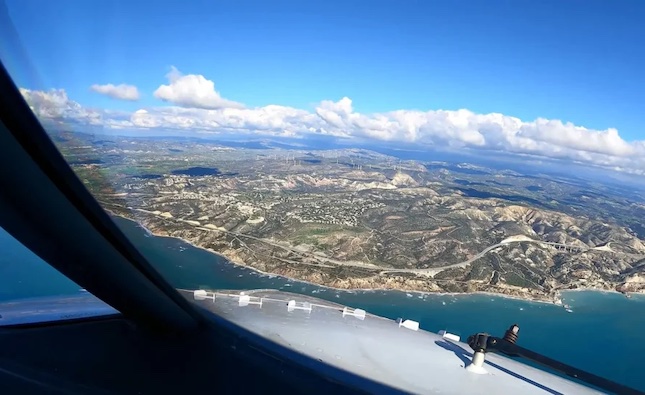 Tourist arrivals to Cyprus in March 2022 amounted to 128,840, with arrivals for the first quarter of the year reaching 244,705, according to data released on Thursday by the Cyprus Statistical Service (Cystat).

Cyprus’ quarterly tourist arrivals exceeded the performance of both the respective quarter of 2021 and 2020.

It should be noted that March was negatively impacted by the imposition of an EU-wide flight ban on Russian aircraft, as a result of the Russian invasion of Ukraine.

The flight ban came into effect at the end of February.

For the period between January and March of the current year, tourist arrivals amounted to 244,705 compared to 17,747 in the corresponding period of 2021.

Moreover, 246,556 tourist arrivals were recorded in the same period of the year before that.

In 2019, the last year before the coronavirus outbreak, 357,475 tourists arrived in Cyprus between January and March.

In addition, this year’s March arrivals correspond to 76% of arrivals in the same month of 2019, in what still constitutes a record year for the Cypriot tourism sector.

Regarding the countries from which tourists arrived, the United Kingdom was once again the primary source of tourists, accounting for 34.8% (44,829) of total arrivals in March of 2022.

Conversely, the number of foreign trips that Cypriots took in March 2022 amounted to 59,918 in total, with Greece being the most preferred destination, according to a separate report by the Cyprus Statistical Service (Cystat).

Moreover, this also represents an increase of 26.4% compared to March 2020.

The main countries from which Cypriot residents returned in March 2022 were Greece with 35.4%, the United Kingdom with 17.9% and Bulgaria with 3.2%.

Finally, the service noted that the data for March 2022 resulted from the processing of the data of the Cyprus Flight Pass electronic platform.