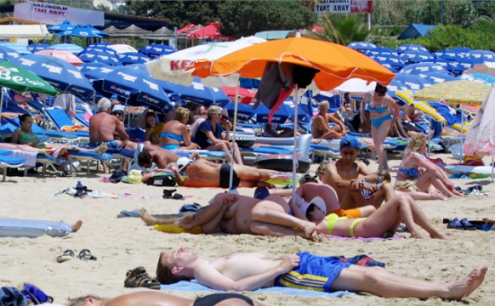 Revenue from tourism rose 9.4% year-on-year in August 2016, to €392.2m, with Cyprus getting a taste of the Brexit vote, the statistical service said.

The increase in revenue in August at a rate almost half of the increase in arrivals in the same month, was mainly due to an annual 6.4% spending of tourists during their stay in Cyprus, to €855.14, and a6.9% drop in their average daily expenditure, to €81.44, Cystat said in a statement on its website on Monday. The average length of stay rose marginally to 10.5 days. In January to August, total revenue from tourism rose an annual 14%, to €1.6bn, Cystat said.

Visitors from the UK, who accounted for 38% of total tourist arrivals and are traditionally the largest group of incoming tourism, stayed longer in Cyprus in August and spent less, which may reflect the devaluation of the pound following the June 23 Brexit decision, Cystat said. British tourists cut back more than 16% of their overall spending, to €885.83, and 17% of their average spending per day, to €76.36. This was accompanied by a 1.1% extension of their average length of stay to 11.6 days.

The drop in revenue from Russian tourists, the second largest group of visitors, was to a very small extent offset by a 7.2% increase of their average daily spending, to €90.03, Cystat said. Combined with a cut to the duration of their stay by 5.8%, to 9.5 days, it generated a 0.2% increase in their overall spending during their vacation, to €855.26.

Directly or indirectly, tourism accounts roughly for one fourth of the Cypriot economy, which emerged last year from a prolonged recession and is projected to grow almost 3% this year.