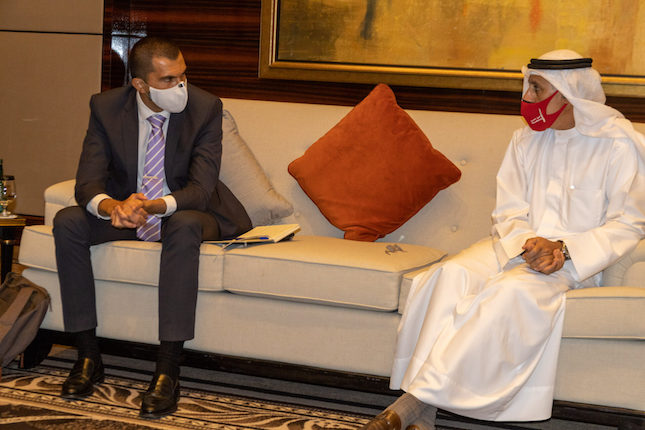 Tourism deputy minister Savvas Perdios remained optimistic after a trip to Moscow, saying he hoped Russia would allow the resumption of chartered flights to destinations including Cyprus in a matter of weeks, but he also reiterated his position that all the efforts in Nicosia still depended largely on decisions in other capitals.

Perdios, who visited both Britain and Russia recently, has been pushing for pro-travel policies in the two countries that represent the largest markets for Cyprus.

But both London and Moscow remained reluctant to open up travel to Cyprus and other destinations, with British officials citing concerns over coronavirus mutations and Russian officials still scrambling to increase vaccinations in that country.

Reuters reported last week that Russian charter flights to Egyptian resorts were expected to resume in the coming days after a years-long hiatus, but it was not fully clear whether flights had been confirmed.

Aeroflot CEO Mikhail Poluboyarinov was quoted by Reuters as saying “there is a high degree of readiness for the reopening of two more destinations, Hurghada and Sharm el-Sheikh, but we do not know yet when and how this will happen."

Similar readiness had taken place for Russian charter flights to Cyprus, with tour operators jumping the gun ahead of Perdios’ trip to Moscow.

The tourism minister said Russian tour operators had organized Cyprus flights for June while their British counterparts were being cautious and awaited official decisions. As a result of Russian restrictions and lack of approval in Moscow, those June flights were moved to July, prompting local media to report on flight cancelations.

“Those were not flights that we had and somehow lost, it was planning and the schedule was moved to July,” Perdios told media, adding “nor should we allow the insinuation that Russian flights are being canceled from the schedule as this is not the case.”

Perdios also had some words of criticism for a British decision that removed Portugal from its green list weeks after the UK started allowing quarantine-free travel to that country. He argued it would have been preferable to keep that country on a higher risk level than send a signal of openess and then quickly retract it.

But the minister did acknowledge that the situation was very unpredictable, saying the ministry had warned there could be no increase in inbound tourism before July.

“And there is a simple reason for this. Situations are constantly evolving and we depend on the decisions of other countries, their own vaccination programs,” the minister said.

Last week Perdios visited London where he failed to convince officials to allow quarantine-free travel to the island, with the UK choosing a “safety first” agenda over concerns that Cyprus lacked sufficient apparatus for specific information regarding the Indian mutation.

“We remain in constant communication with the government in the United Kingdom so that Cypriot authorities can provide additional information pertaining to the Indian mutation,” Perdios said.

The minister acknowledged that Cyprus’ actively pursuing of opportunities with other countries to reopen tourism may have contributed to high expectations,

“As Cyprus was doing a lot during this intermission to open in time, an expectation was being created that others would also want the same,” Perdios said.

But the tourism ministry has always been clear that Cyprus depended on the decisions of others, he added.