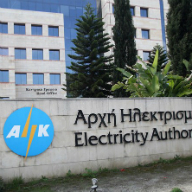 Bailed-out Cyprus and its international lenders have reached an agreement regarding the future of semi-state Electricity Authority of Cyprus, it was reported recently.

Energy Ministry and the Troika (European Commission, European Central Bank and IMF) have agreed on the withdrawal of the privatization decree of EAC, the press also said.

The government also secured the legal un-bundling of the Authority to two companies, one of which will be taking over the transmission and distribution networks and the other production and supply.

A government source also told the Cyprus News Agency (CNA) that the Ministry’s final proposal was sent to the lenders on Thursday and a positive reply was received on Friday. And that the proposal will be put before the Cabinet this Monday, 11 January.

The Troika has also accepted to include the Government’s reservations in the proposal as regards uncertain factors such as the potential solution to the Cyprus problem, the arrival of natural gas and the Inter-connector cable.

When a final agreement is reached, the Energy Minister will have to put forward the implementation plan, something that must be done in the immediate future.

In case the Government needs to draft any bills, these must be put before the Parliament by the end of the year and the decision must be implemented in the next two years, thus until the end of 2017.

The Government is expected to make announcements on the issue on Monday, following the Cabinet meeting.