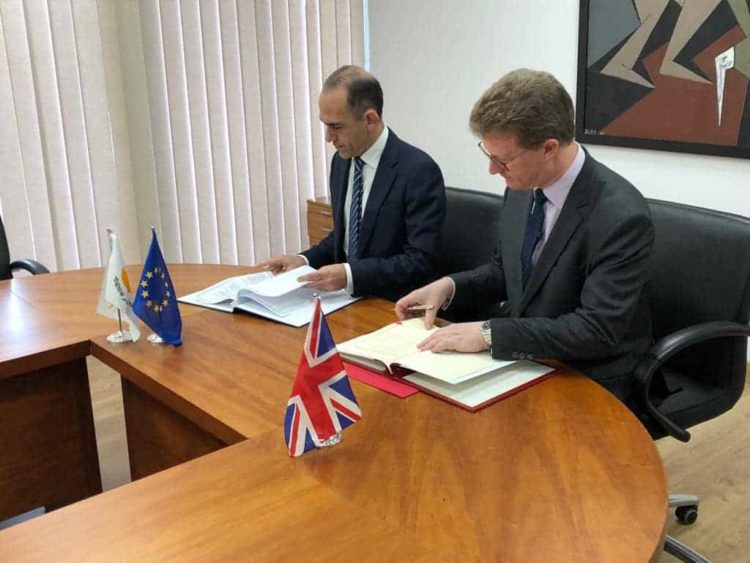 Cyprus and the UK recently signed a double taxation elimination protocol which will allow individuals to choose within a set period of time, which basis of taxation they want to apply to their government service pensions.

The protocol was signed in Nicosia by Finance Minister Harris Georgiades and British High Commissioner to Cyprus Stephen Lillie.

“The new UK-Cyprus Double Taxation Agreement is important because of our already strong trading links and close people-to-people links, which we hope to grow further in the future,” Lillie said.

Her Majesty’s Revenues and Customs has published guidance showing how pensioners wishing to remain within the current arrangements can make a decision. That guidance is available here

A state pension is not a government service pension.

State pensions will continue to be taxable only in the country in which the recipient is resident for tax purposes.

If you want your government service pension to be taxed in the country in which you are resident you must notify the tax authority of the country that is paying the pension.

If your pension is paid by the UK, you must make an election to HMRC.

People can make an election at any time after January 1, 2019.

A person’s election must be in writing and should state:

“I elect for my government service pension to be taxed in accordance with the 1974 Double Taxation Convention between the UK and Cyprus. I understand that this election will continue to apply until December 31, 2024, or until I revoke it.”

The election can be revoked election at any time after it is made. If revoked, the 2018 Convention will apply to all pension income received for the whole year in which the revocation is made.

Elections and revocations made to HMRC will automatically be shared with the Cyprus Ministry of Finance (and vice versa).

If a person wishes their government service pension to be taxed in the country that pays the pension there is no need to make an election.

However, they may need to notify the relevant tax authority of their taxable income.

If they are a Cyprus resident in receipt of a UK government service pension, they may need to let HMRC know about the pension income. Failure to notify HMRC their income may result in interest and penalties being charged.

If a government service pension is paid by the UK, the election should be sent to: PAYE Self-Assessment HM Revenue & Customs United Kingdom BX9 1AS

If the government service pension is paid by Cyprus: Commissioner of Taxation Tax Department 1471 Nicosia Cyprus