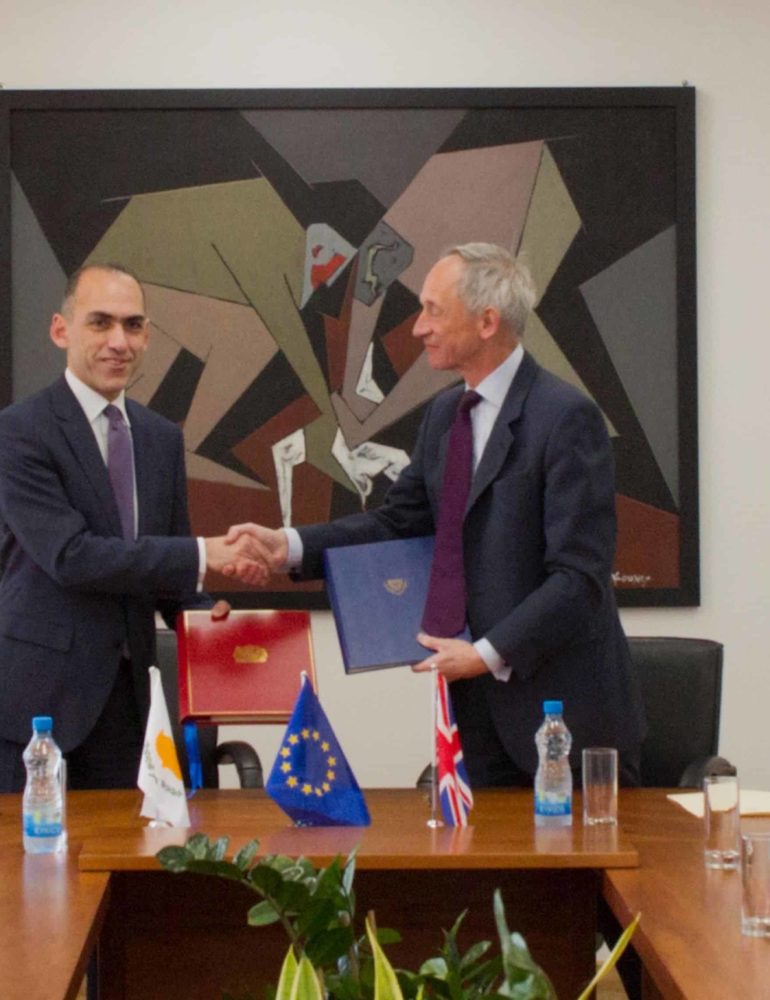 Cyprus and the UK recently signed an updated agreement on double taxation avoidance on income and capital, which will contribute to further develop commercial and financial relations between the two countries.

The agreement, signed in Nicosia by Finance Minister Harris Georgiades and British High Commissioner Matthew Kidd, is based on the OECD model convention for the avoidance of double taxation on income and capital, a ministry statement said.

The agreement updates the one signed by the two countries in June 1974 and came into effect in March 1975.

It includes the minimum standards of actions on base erosion and profit shifting regarding bilateral treaties — treaty abuse, and making dispute resolution mechanisms more effective.

It also provides for the exchange of bank and other information in line with the same model.

“Updating, maintaining, and extending the current network of treaties to eliminate double taxation, which are of utmost economic and political importance, aims at further boosting and attracting foreign investment and promoting Cyprus as an international business centre,” the statement said.