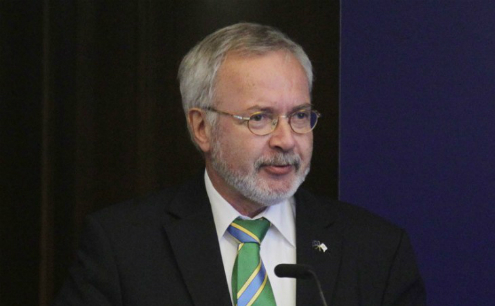 Cyprus under discussions with EIB for funding the natural gas infrastructure

The president of EIB, Mr. Werner Hoyer, who currently visiting Cyprus has expressed his optimism that the Bank will look positively upon the project.

During a joint press conference in Nicosia earlier this week, the following was said:

“From 2013 until today we have signed financing agreements of a value of €1.5bn,” Mr. Georgiades noted and further stated:

“Half of that amount is aimed at small and medium size enterprises through Cypriot banks, a tool which has contributed in a decisive way in the Cypriot economy’s recovery,”

“We are also interested in cooperating, financing, for a project of strategic importance, that of funding infrastructures for natural gas to be imported and used in Cyprus.”

He emphasized that discussions are underway for financing for up to €150 mil but nothing has been decided yet. The country, however, has secured EU funding.

Mr. Hoyer has confirmed that the EIB is in talks with the Cyprus government for the project and noted:

“I am quite optimistic,” adding that “we are presently developing and publicly discussing a new energy lending policy, but I believe that even within the framework of the new policy we will be able to be part of this exercise.”

Referring to the €1.5bn investment already made by the EIB since 2013, Mr. Hoyer mentioned that “it reflects the fact that…when the financial crisis hit and many banks left the country, we strongly increased our activities in Cyprus and we have not regretted it.”