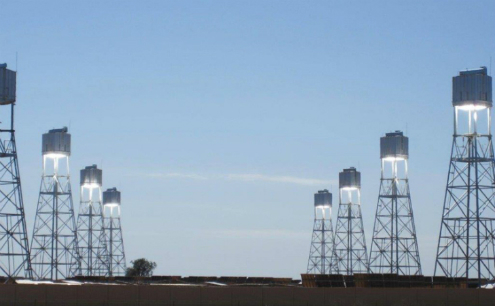 The Cyprus Energy Regulatory Authority (Cera) has unveiled its latest stopgap proposal ahead of the full opening up of theenergy market.

Cera head Andreas Poulikas told MPs on Tuesday the authority has drafted a regulation introducing a “market-light,” as he put it, ahead of the transition to full market liberalisation.

Lawmakers also heard that the target now for full liberalisation is by May 2019. The date has been pushed back several times.

Cera is proposing bilateral contracts between electricity producers and suppliers. Under this arrangement, market clearance would take place every calendar month.

A market-clearing price is the price of goods or services at which quantity supplied is equal to quantity demanded.

Poulikas said the bilateral contracts would be between producers of electricity from renewable energy sources, and suppliers.

In liberalising the energy market, Cera proposes the “net pool” model, where the operations of the state power company (EAC) are unbundled, and the EAC’s production and supply operations separated.

EAC Production will then strike bilateral agreements with suppliers (EAC Supply and private players) for the sale of energy, at regulated prices. Other licensed operators may also participate.

This regime would apply to the bulk of energy production. For the remainder of the capacity, which Cera has not settled on but estimates at 10% to 20%, prices would be set dynamically, based on bids.

Previously, Cera had said this would be done via the Day-Ahead Market, with half-hourly energy blocks being traded for the next day.Participants would submit offers/bids specifying the quantity and the minimum/maximum price at which they are willing to sell/purchase.

Part of the switch to a liberalised market will involve rendering the Transmission System Operator (TSO) independent of the state power company.

Legislation making the TSO an independent entity has not been prepared yet, and the body currently operates as a branch of the EAC with workers employed by the state-owned electricity authority.

Angelos Votsis, Diko MP and chair of the House energy committee, said he hoped that by its next session the committee would obtain the legislation making the TSO independent.

The energy committee next convenes on February 7, 2017.

Unions of the state power company do not want the electricity market to be opened to competition as this would lead to pressure for the privatisation of the EAC.