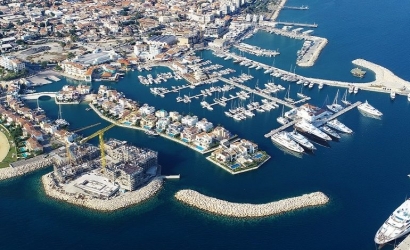 Cyprus has been upgraded back to investment grade by DBRS Ratings Limited, following recent upgrades from Standard & Poor’s and Fitch Ratings.

Cyprus has been upgraded back to investment grade by DBRS Ratings Limited, following recent upgrades from Standard & Poor’s and Fitch Ratings.

According to the agency, the upgrade is driven by the material reduction in Cypriot banks’ non-performing loans (NPLs) in recent months, reflecting the government’s and the banks’ stepped-up efforts. Together, the orderly liquidation of Cyprus Cooperative Bank and the banks’ sale of NPLs have almost halved the stock of the banking sector’s NPLs in 2018. While NPLs remain high, the agency adds, the decline in NPLs and a strengthened legal framework are reducing risks to financial stability.

The rating upgrade is also driven by the continued solid performance of the Cypriot economy. Cyprus is on track to post real GDP growth of close to 4.0% in 2018, among the strongest in the euro area. Growth is driven by investment, consumption and exports of services, and follows a 4.2% rise in 2017.

In DBRS’ assessment, Cyprus’ credit fundamentals are now in line with investment grade, after recovering over the past few years. The ratings are supported by Cyprus’ solid budget position, its enhanced public debt management framework, its Eurozone membership fostering sustainable macroeconomic policies, and its openness to investment encouraging a favourable business environment. Nevertheless, it added, Cyprus also faces significant credit challenges related to still sizable NPLs in the banking sector, still high levels of private and public sector debt, external imbalances, and the small size of its service-driven economy, which exposes Cyprus to adverse changes in external demand.

The Stable trend reflects DBRS’s view that risks to the ratings are currently broadly balanced. As pointed out, the ratings could come under upward pressure from sustained healthy economic growth and sound fiscal position, which would contribute to the downward trajectory in the public debt ratio.

Moreover, further progress in reducing banks’ NPLs and private sector debt and the strengthening of the banking sector would be positive for the ratings. However, the ratings could come under downward pressure in a period of significantly weak growth, combined with large fiscal imbalances or materialisation of large contingent liabilities. A reversal of the downward trajectory in NPLs could also be negative.

It also noted that investor and depositor confidence have improved. After falling in Q1 2018, largely led by declines in non-resident deposits, total deposits in the banking system are growing again.

According to DBRS, Cyprus’ economic growth has remained robust in 2018. Real GDP grew by 4.0% year-on-year in the first half of the year. Growth has been broad-based, with construction, tourism, shipping, professional services, and manufacturing, making a contribution.

The ratings agency also pointed out that Cyprus benefits from a stable political environment and institutions. Despite the government lacking a majority in the House of Representatives, and this could result in delays in adopting reforms. it managed to get approval of the legislation related to its strategy for the reduction of the NPLs in July 2018.