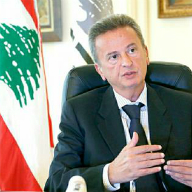 Lebanese banks have asked the Cyprus Central Bank to remove all restrictions on residents seeking to open accounts at the country’s banks operating on the island.

“Lebanese banks urged the Cypriot central bank to lift restrictions on residents, whether they are individuals or companies, on opening accounts at the branches of Lebanese banks in Cyprus, even for those seeking permanent residence or Cypriot nationality,” the Association of Banks in Lebanon said. The statement was featured in an article that was published in ABL’s monthly magazine. It added that the Cypriot central bank had promised to study the request made by the Lebanese banks as soon as possible.

Lebanese Central Bank Governor Riad Salameh headed a large Lebanese bank delegation to Cyprus last month to examine ways to offer letters of credit to Cypriot merchants and traders who want to export goods to the European Union. Cyprus has offered residency permits and even citizenship to foreign investors who buy property on the island. The Cypriot government has courted Lebanese banks and other foreign investors in a bid to inject cash into the country after it experienced an economic recession.