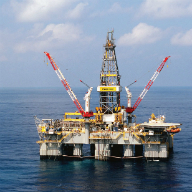 Too many unknowns make it hard to predict how Cyprus’ gas plans are affected by the deal announced recently between Israel and Noble-Delek for the development of the Leviathan field.

For one thing, the Israeli cabinet still has to ratify the deal on Sunday, and the country’s finance ministry has been pressing for more concessions from the gas companies. And even if that hurdle is overcome, the agreement must get the nod from the Knesset.

Assuming it all pans out, Noble and Delek will immediately get to work exploring the development of the massive Leviathan gas field. Under the deal announced by Prime Minister Benjamin Netanyahu, the Leviathan partners have committed to invest $1.5bn over the next two years.

But, as gas expert Charles Ellinas told the Cyprus Mail, in order for Noble to pour serious cash into the project they would first need to line up export markets, as Israel alone cannot absorb all of the Leviathan gas.

For Noble, the main options are three. First a pipeline to Egypt, where the gas would be re-liquefied (to LNG) and re-exported to Europe; a pipeline to Turkey, and then possibly onto Europe; and third, combining the resources of Leviathan and Cyprus’ Aphrodite fields via an LNG plant here, for export to Europe. But things get tricky, since Noble would need to drop the sale price to Egypt substantially, if BG in Egypt is to agreeto buy the Leviathan gas and then re-export it to Europe at a competitive price, as LNG.

That in turn would mean Noble having to drop their domestic rates (in Israel) further, because it’s understood that under the new deal they have committed to selling outside (for example, to Egypt) at prices lower than inside Israel.

In Israel, Noble’s gas goes for around $5.5 per million BTU. Should this be slashed by another dollar, say $4.5 per million BTU, and then the cost of the Leviathan gas to Egypt lowered further, Noble might not have an incentive to sell.

At the same time, said Ellinas, BG in Egypt is seeking the lowest possible rate for the imported Israeli gas, since it’s currently re-exporting gas to Europe for around $7 to $8, which includes the cost of liquefaction (in Egypt) and re-gasification (in Europe).

According to Ellinas, that is problematic, because it suggests the cost of the gas at the Aphrodite platform would be around $4 – again, too low for Noble’s liking.

Noble reps have in the past indicated that their target price for Cypriot gas is around the $6 range.

Numbers and margins aside, geopolitics is likely to play a role. Shell – which has acquired BG – is reportedly committing to investing in Iran, complicating, or perhaps entirely ruling out, any possible collaboration with Israel.

Intriguingly, the best option for Israel rests with a possible solution of the Cyprus problem. That could pave the way for joint Israeli and Cypriot gas exports to Turkey, since the export routes are the same, through the island’s Exclusive Economic Zone.

And, says Ellinas, not only does a Cyprus deal now seem a real possibility, but also not that far off either, if media reports are to be believed about some kind of announcement by year’s end.
Such a development might allow both Israel and Cyprus to get their ducks in a row. For both countries, piping to Turkey is the easiest, cheapest way of monetising of the gas.

If not, then an LNG facility based in Cyprus – pooling gas from Aphrodite and Leviathan – might come back into play, Ellinas suggests. A decision around 2017 would allow for actual exports to Europe to commence by 2022.

The bottom line, the expert said, is that the situation with east Med gas is more fluid now than it was a few months ago.