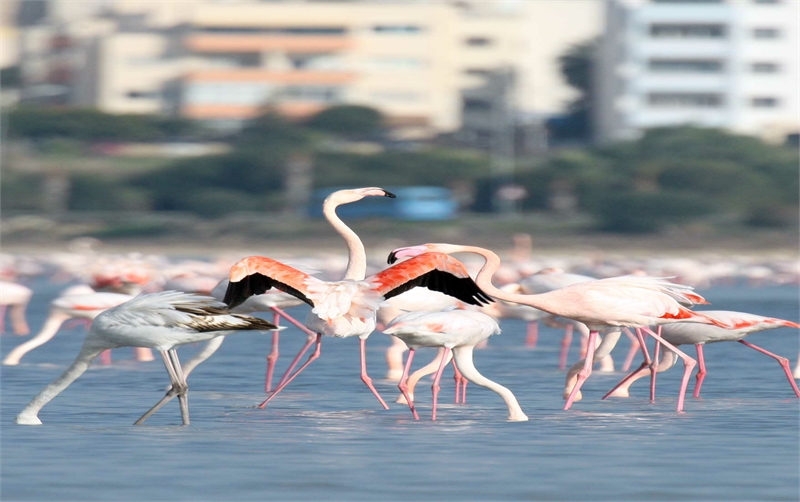 Cyprus wetlands are in danger of being destroyed due to climate change, with the Mediterranean region being described as the hot spot of the hotspots where rising temperature and water levels are more than dramatic, according to press reports.

According to a study dated October 2019, carried out by MedWet, the Mediterranean Wetlands Initiative, the region warms 20% faster than the rest of the world and the projected temperature rise by 2040 will reach 2.2C.

“The Mediterranean sea will be 1.8-3.5C hotter in some parts by 2100. Moreover, some coastal areas of the Mediterranean will experience 10cm higher rise in sea level than other parts. The study has shown that one third of the region’s coastal population will be affected whereas 15 cities with one or more million inhabitants are at risk of flooding,” MedWet reported.

“Scientific studies have shown that wetlands are the answer to climate change. Preserving and restoring these vital ecosystems is essential for our future survival. In the Mediterranean, half of the wetlands have been destroyed in the past 50 years, as a result of human activities,” it added.

In Cyprus there is a wetland protected by the Ramsar Treaty covering an area of 1,107 hectares.

According to data available on the website of Ygrotopio – Wetlands of Cyprus, the Terra Cypria portal for the dissemination of environmental information on Cyprus wetlands, Cyprus has 58 natural wetlands and 288 artificial sites.

Of all the wetlands of Cyprus, only three are considered to be unspoiled, i.e. without any signs of effects cause by human activities, while in 14 of these wetlands, the environment has been changed from its original form.

Studies have shown that the Mediterranean will be faced with increased risk of floods and the challenge of water availability.

The number of people in the Mediterranean region considered to be “water poor” is expected to rise to over 250 million in the next 20 years, from 180 million in 2013, according to data.