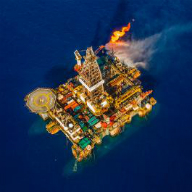 Cyprus will continue to exercise its sovereign rights

The Republic of Cyprus will continue to exercise its sovereign rights which derive from the Law of Sea and Ankara’s provocative stance will not put a hold on plans in Cyprus’ exclusive economic zone (EEZ), says the government.

Deputy Government Spokesman Victoras Papadopoulos' statement follows the recent incident which occurred in Cyprus’ EEZ when a Turkish military vessel harassed the Norwegian seismic ship Princess, which was conducting seismic surveys in the Cypriot EEZ. Papadopoulos said that the Republic will carry on its plans for the exploitation of its natural gas reserves. He went on to say that the Turkish vessel was 16,5 nautical miles away from the seismic ship and there was no harassment as the Turkish side has claimed.