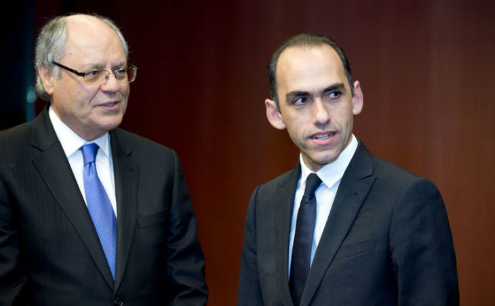 Cyprus will again be an economic top performer in 2016 and will not veer from its prudent fiscal course, Finance Minister Harris Georgiades told the European Commission.

The minister was responding to a letter from the Commission suggesting that Cyprus needed additional fiscal consolidation measures.

The island, which successfully exited its three-year bailout adjustment programme in March, has had a surplus primary balance since 2014, the minister said, adding that Cyprus was a top performer the two previous years among EU states.

“Cyprus is expected to continue being the EU top performer in 2016, with an estimated primary surplus of 2.3% of GDP,” he said.

Georgiades said the fiscal outcomes achieved by Cyprus represented a continuous over performance on the programme targets, which could not be attributed to a better than expected macroeconomic environment.

“In fact, it shows the significant effort and determination exerted by the Cyprus authorities resulting in the formulation and execution of a prudent fiscal policy which, among others, included a frontloaded reduction of public expenditure by 14.5% cumulatively in 2012-2014,” he wrote.

Vice-President of the European Commission Valdis Dombrovskis, in charge of financial stability, and Economic and Financial Affairs Commissioner Pierre Moscovici said Cyprus may substantially fail in balancing its 2017 budget in structural terms.

The two commissioners said in their letter that the draft budget submitted by Cyprus provides for a deterioration of the net structural position from a surplus of 1.5% of GDP in 2015 to a 0.1% deficit this year and a 2% deficit next year.

“In line with the provisions of Article 7 of Regulation (EU) No. 473/2013 of 21 May 2013, we are writing to consult you on the reasons why Cyprus plans a change in the structural balance in 2017 which is well below the requirements of the preventive arm of the stability and growth pact.”

Georgiades said the island’s prudent fiscal stance was maintained in 2017, with the nominal budget balance projected at -0.6% of GDP and a primary surplus of 2% of GDP.

The numbers, he added, clearly showed there was no deviation from the policy of prudence despite the abolition of the immovable property tax – people only paid 25% of the levy – and termination of the tax on public and private sector wages. Together, these taxes amounted to 0.7% of GDP. The timeframe of the termination of the tax on wages had been agreed with the lenders. Georgiades said overall tax revenues were boosted by an improvement in the property market.

“It should also be pointed out that the 2017 budget bill extends the freeze on public sector hiring for yet another year, going beyond the programme obligations,” he added.