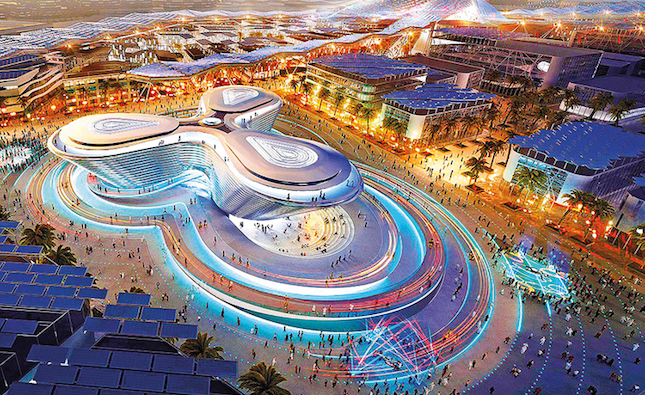 Cyprus will use technology to boost visitor experience at Dubai Expo

Cyprus will be at the EXPO2020 world fair between October 1 2021 and March 31 2022 to share its history and cultural heritage with visitors, promote the island as a tourist destination, advance its case as a research and innovation centre, and also promote the country as an international investment and business centre.

Cyprus’ participation is being administered by the Deputy Ministry of Research, Innovation and Digital Policy together with Invest Cyprus.

Events and plans were presented on Thursday by the deputy ministry’s permanent secretary Stelios Chimonas, who has been made Commissioner General for the Cypriot participation, and CEO of Invest Cyprus George Campanellas.

“We have given particular emphasis on enriching visitor experience through various senses and digital media, utilising technological potential to the maximum extent,” Chimonas said during the presentation.

“Each booth contains audio-visual productions and digital holograms pertaining to each theme, all of which has been created specifically for the EXPO2020, while special sensors will fill the space with local scents, including jasmine and oregano, transporting the visitor to our island,” Chimonas added. Cyprus will both participate in events hosted by other countries, while also hosting its own events.

The EXPO2020 theme is ‘Connecting Minds, Creating the Future’, with around 25 million visitors expected to travel to Dubai from 192 countries.

Cyprus’ entry to the event will be based on six themes, each one with its own booth. They include art and culture, tourism, gastronomy, entrepreneurship, investments and education.

A hologram of Aphrodite will greet guests visiting Cyprus’ booths at the event.

Campanellas said that the organisation was positive from the first moment it was called to participate and will aim towards Cyprus having a good showing while there.

“Along with Mr Chimonas’ cooperation, this is a project that has been ongoing for the past 30 months and despite the difficulties and delays caused by the pandemic, we are delighted it is now finally able to go ahead,” Campanellas said.

“Invest Cyprus is also responsible for coordinating the two business forums during the six-month duration of the expo,” he added.

“In cooperation with all the ministries and competent departments, our common goal is the positive promotion of the country as an international business and investment centre, as a tourist destination, but also as a centre of education, science, research and innovation,” Campanellas said.