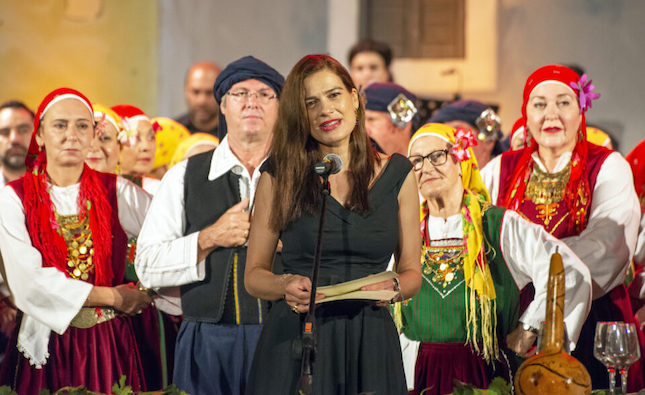 “The ministry of commerce, realising the dynamics of Cypriot wine, embraces the efforts of Cypriot winemakers and makes every effort to support them to further modernise the production processes and expand their competitiveness,” she added.

The wine festival is being held for the 61st year in a row, over which time, the island’s wine industry has grown in both quality and reach, she said.

Modern viticulturists have even revived old Cypriot varieties such as Promara, Morokanella, Spourtiko, Giannoudi and raised the profile of indigenous varieties such as Xynisteri, Maratheftiko and the “historic Commandaria”.

In the framework of the national plan for the wine sector, he government has given grants totaling about €15.3 million for the benefit of 67 winemaking companies, of which 13 are new. A scheme announced in 2021 has a budget of €2.1 million and has supported the investments of 27 winemaking companies.

“Our goal is to strengthen the presence of wine in countries such as the UK, France, the USA, Canada, Switzerland and Japan, but also to increase its domestic consumption, with particular emphasis on tourism and wine tourism,” Pilides said. The Action Plan for wine, she added, also includes the creation of a visual identity, “a project that is nearing its end and that we believe will add even more value to Cypriot wine”.

In parallel with the above policies, she added, the ministry supports the participation of wineries in exhibitions abroad as well as organising wine tasting vents overseas.

Pilides said the wine festival is a leading cultural institution that every year offers visitors the chance to enjoy the plethora of wines produced on the island and get to know its wine culture.

The wine festival continues at the Municipal Gardens in Limassol until September 25, from 8pm each night. Entry is €5 for adults and €3 for children. For ore information visit: www.limassolmunicipal.com.cy