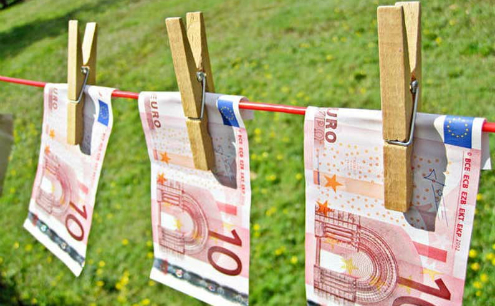 Cyprus working closely with US on major laundering case

Cyprus’ anti-money laundering unit (MOKAS) is cooperating closely with US authorities in a major case involving theoperators of a digital currency exchange with links on the island through numerous bank accounts.

US prosecutors have filed an indictment against the operators of digital currency exchange Liberty Reserve, accusing the Costa Rica-based company of helping criminals around the world launder more than $6 billion in illicit funds linked to everything from child pornography to software for hacking into banks. The indictment lists 45 bank accounts of which 22 are in four banks in Cyprus: Hellenic, National Bank of Greece, Eurobank (Greek) and Cyprus Development Bank (CDB).

Eva Papakyriacou, the head of MOKAS, said the unit has been working closely with US authorities since 2012. “Not only after their request but also after our banks, some at least, spotted some suspicious transactions and reported them to the unit,” she said. Papakyriacou said Cypriot authorities had done a lot in this case and had received thank you letters from the US.
She also denied that there were 22 accountsin total that were linked to Cyprus.

One of the shell companies appearing on two accounts at Hellenic was in fact a Cypriot company with the same name as a Belizean entity connected to the case. Hellenic Bank said it had spotted the accounts and reported the matter to MOKAS in January 2012. “Acting early and pre-emptively, Hellenic found the accounts mentioned in the indictment and took all the appropriate measures,” a statement from the lender said. Hellenic said it has been in constant contact with MOKAS ever since. These actions “show in deed the Hellenic Bank’s commitment to fight illicit money,” it said.

CDB, which had been named as keeping one such suspicious account, said it followed the rules on money laundering. “The bank applies the necessary measures to prevent and stamp out illicit financial transactions systematically and consistently. Towards this end, it cooperates with MOKAS whenever necessary,” CDB said.

US Attorney Preet Bharara called the case perhaps “the largest international money laundering case ever brought by the United States”. “Liberty Reserve has emerged as one of the principal means by which cyber-criminals around the world distribute, store and launder the proceeds of their illegal activity,” according to the indictment filed in US District Court for the Southern District of New York. Officials said authorities in Spain, Costa Rica and New York arrested five people yesterday, including the company’s founder, Arthur Budovsky, and seized bank accounts and Internet domains associated with Liberty Reserve. The indictment detailed a system of payments that allowed users to open accounts under false names with blatant monikers like “Russia Hackers” and “Hacker Account”.

The use of digital currency has expanded over the past decade, attracting users ranging from video gamers looking for ways to buy and sell virtual goods to those who lack faith in the traditional banking system. Touted by some investors as the future of money, these virtual currencies have gained the attention of US regulators looking to bring them under anti-money-laundering rules.