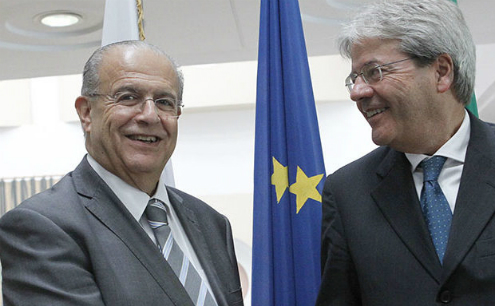 Cyprus working with Italy over energy

Italian Foreign Minister Paolo Gentiloni was in Cyprus recently for a meeting with his Cypriot counterpart Ioannis Kasoulides where they discussed the Cyprus issue, energy, Brexit, terrorism, migration and Turkey.

The Italian minister was also received by the President Nicos Anastasiades earlier in the day.

Gentiloni and Kasoulides had a tête-à-tête meeting, followed by official talks between the delegations of the two countries.

In statements to the press, Kasoulides first conveyed condolences from Cyprus to Italy in the wake of the devastating earthquake in August that killed hundreds of people. He also thanked Italy for its assistance during the Solea fires in Cyprus in June.

Both ministers agreed, Kasoulides said, that although relations were already excellent, they would work together to build on that.

Energy was one area where this was possible. “I conveyed to my colleague our belief that with the presence of the Italian companies ENI and EDISSON in the Eastern Mediterranean, Italy could play an important role in the energy developments in our region and contribute to the policy of cooperation and synergies pursued by the Cyprus government,” said Kasoulides.

“We also shared our concerns regarding terrorism, and we agreed that we need to step up efforts to address this global challenge, but also address its root causes. No country is immune to this threat; we must act together, as EU and as the international community, to fight this scourge,” he added.

Referring to Brexit, Kasoulides said views were exchanged about profound changes it would bring, both for the UK and for the EU. On Turkey-EU relations, he reiterated Cyprus’ position that it was up to Turkey to react positively, in order to allow tangible progress on its accession process.

On migration, the two ministers agreed that, in order to effectively address the challenge of high migratory pressures, the EU needed to demonstrate solidarity. “We all need to take up our responsibilities in helping front line member states, now Italy and Greece, which should not be left alone in facing the consequences of the mass influx of refugees,” he said.