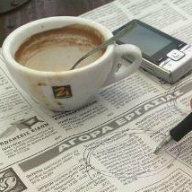 A percentage of 22.2% of young persons in Cyprus were in 2015 neither in employment nor in education or training, according to information issued by Eurostat, the statistical office of the European Union, on the occasion of International Youth Day.