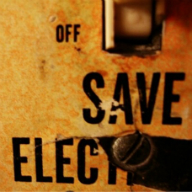 Cyprus is among the most energy dependent European Union countries, with imports accounting for 93.4% of energy consumption, according to Eurostat.

The island’s rate of dependency fell slightly behind Luxembourg (96.6%). Malta, the most energy dependent EU member, had a rate of 97.7%.

On the other end of the spectrum, Estonia, Denmark and Romania were the least dependent nations.

Among the five EU member-states with the highest energy consumption, the least dependent on imports were the United Kingdom (45.5%) and France (46.1%).

Energy dependency shows the extent to which an economy relies upon imports in order to meet its energy needs.