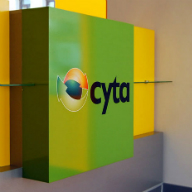 The authority was able to achieve positive results in very unfavourable economic conditions, while also helping the state during critical moments of the crisis, Kittis said, asking which private company would provide the state with €200m in loans to save it from default. Speaking during a presentation of CyTA’s annual finances, Kittis said the telecoms company recorded profits of €63.7m last year compared to €67.2m in 2011, while indications for 2013 were also promising. After impairing for accounting purposes the €21m investment in the subsidiary Digimed Communications Ltd, CyTA’s net profit for 2012 came to €40.3m. “Under the circumstances, the above results are very satisfactory compared to other companies of a similar size operating in our country,” said Kittis.

CyTA’s figures were affected by the decline in revenue from fixed and mobile telephony on the one hand and on the other, increasing revenue from broadband services and various other services. Operating costs, meanwhile, were reduced by €8.7m last year, as part of the company’s efforts to rationalise costs, while 300 positions were made vacant. The goal for the immediate future remains further reducing costs to increase competitiveness in prices and increasing CyTA’s growth path, said Kittis. He noted the need to change the legal framework within which CyTA operates, allowing it to modernise, become more productive and competitive, and also allow it to reduce its operating costs further.

Regarding the troika’s demands for the privatisation of semi-government organisations, Kittis warned that any attempt to privatise CyTA now would result in a fire sale of the telecoms authority, taking away its ability to help the country when needed, he argued. “It does not serve the interests of the country, because it is an organisation which gives, it has given €650m in the last eight to nine years to the country. And the gaps that will be created by the sale of this organisation, how will they be covered the day after its privatisation?” When it was suggested that this €650m could have stayed in the pockets of consumers, he said: “No, no, it would not stay in the pockets of consumers, it would have gone to the pockets of the private owner, and that’s what will happen the day after purchasing it.” He added: “We have the lowest mobile telephone rates in Europe.”

Kittis argued that privatisations should not be rushed. If CyTA is sold now, “these organisations will be sold for nothing”. “If a private owner was here…they would not lend the state €200m to protect it from the risk of default. A private owner would not provide assistance to the state….” He highlighted that CyTA responded positively to a government request for a loan twice since July 2012 to avoid state bankruptcy, providing it with €200m. “CyTA does not take from the state, it contributes to the state and supports it.”