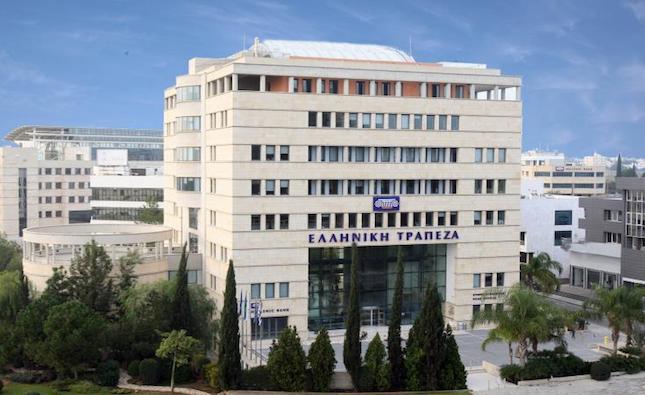 The deal, brokered by Axia Ventures and legal advisors Milbank LLP, was struck at 80c a share, with the stock trading at 79c earlier on Friday, up 2.6% from Thursday.

The deal, brokered by Axia Ventures and legal advisors Milbank LLP, was struck at 80c a share, with the stock trading at 79c earlier on Friday, up 2.6% from Thursday.

Hellenic Bank had returned to the same value on the CSE board as three years ago, when it was trading at 75c, having climbed to just below 100c and then falling again.

Loeb’s New York-based parent company Third Point LLC with $17 billion in assets under management (AUM), was one of three strategic investors that rescued Hellenic from collapse at the 11th hour before a November 2 deadline for its recapitalisation in 2013.

The deadline was set by the Troika of international lenders who had earlier bailed out bankrupt Cyprus.

The stock resumed trading on the CSE a few days later, but with a completely revised shareholder base, as Third Point and Wargaming each took a 30% stake and Demetra 15%.

The Church of Cyprus, which controlled 25% of the bank’s shares before the country’s financial meltdown, did not fully subscribe to the bond and rights conversion to prop up Hellenic’s Core Tier 1 ratio closer to 9.0%, diluting its stake to 7%.

Since then, the church’s stake has diminished.

After several capital increases, Demetra is the biggest shareholder with 21% as of May 24, followed by Wargaming’s 20.2% and Third Point Hellenic Recovery Fund 12.6%, from the initial rescuers.

At present, other strategic investors include Poppy SARL (representing US investment manager PIMCO) with 17.3%, Canadian-based Senvest International with 5.1%, and a free float of 23.8% that includes a stake below 5% held by the bank employees’ provident fund ETYK.

Eurobank SA, parent of the mainly corporate bank Eurobank Cyprus Ltd., announced Friday it acquired 40.8 million shares for an undisclosed sum, representing a 9.9% stake in Hellenic and below the 10% threshold after which it has to submit a formal takeover bid.

As a result, post the completion of the SPA, the holding of Eurobank will amount to 12.6%.

Commenting on the deal, Central Bank of Cyprus Governor Constantinos Herodotou told news portal Stockwatch, “the 9.9% takeover in Hellenic Bank by Eurobank is a sign of trust in the local banking system.”

In its latest rating action, Moody’s upgraded Hellenic Bank’s and the Bank of Cyprus deposit ratings to B1, from B3, with a ‘positive’ outlook for both.

“Hellenic Bank has maintained its strong capital buffers, with a Common Equity Tier 1 (CET1) capital ratio of 20.2% as of March 2021, well above its 9.55% regulatory minimum, and has remained profitable during 2020, despite higher loan loss provisions due to the pandemic.

“The bank’s NPEs/gross loans is lower, at 15.8%, if we were to exclude the NPEs that the government guarantees,” the rating agency said.

It expects the bank to issue its first debt instrument that complies with the Single Resolution Board’s MREL requirement later in 2021.

The bank will need to issue debt equivalent to at least 5% of Risk-Weighted Assets (RWAs) to meet its binding minimum MREL requirement of 24.1% of RWA by year-end 2025.