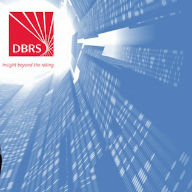 The rating agency said that “near-term default risks remain contained due to strong implementation of the troika supported adjustment programme. Cypriot authorities have demonstrated a strong commitment to the programme, and economic and fiscal performance has exceeded expectations. Nonetheless, at B (low), the rating underscores the depth of Cyprus’ challenges and heavy reliance on EU funding.”

DBRS cautioned that “high public sector debt combined with elevated real interest rates raises significant questions regarding debt sustainability. The process of deleveraging across the public, corporate and household sectors could be prolonged, leaving the economic recovery heavily reliant on external developments. Meanwhile, delays in the resolution of non-performing loans (NPLs) could reduce recovery values and add to the ultimate cost of bank restructuring.”

The rating agency said that an upgrade would come from a “timely completion of upcoming programme reviews, combined with continued strong economic and fiscal performance could lead to an upgrade. Further action to strengthen Cyprus’ insolvency framework and aid the resolution of NPLs would also lend support to the rating. On the other hand, a prolonged period of stagnation, particularly if combined with fiscal policy slippages or additional bank rescue costs, could result in downward pressure on the ratings.”

External factors, including political developments between Cyprus and Turkey and between the EU and Russia, could also have an impact on Cyprus’ creditworthiness, it said.

Regarding the €10 billion bailout, DBRS said that “given the Republic’s strong performance under the troika programme thus far, EU partners may be willing to provide additional financing to Cyprus should the need arise.”

Although the lower-tax advantages and the services sector are not unique and could be eroded by external competitors or by regulatory changes in creditor countries, DBRS expects the business services sector to remain an important source of employment and income for the Cypriot economy.

Tourism, it said, will remain highly seasonal and vulnerable to economic downturns, but focused and pragmatic public and private sector efforts to expand the island’s appeal could generate long-term benefits.

The rating agency noted that within the next decade, exploitation of offshore natural gas deposits should provide a major new source of income. The government estimates that current proven reserves are likely to bring in net revenue of close to €20 billion over the next 20 years (over 110% of 2013 GDP).

“If managed prudently, the associated financial inflows could help to significantly reduce Cyprus’ vulnerability to shocks. In addition, related investment and lower domestic energy costs could have ancillary benefits for the Cypriot economy. The pace of development in the gas sector could nonetheless be affected by relations with Turkey.”

DBRS said that Cyprus’ near-term challenges include the debt level peaking at 115% of GDP next year, and “although financing requirements through early 2016 are being met through official financing and privatisation revenue targets, Cyprus is likely to require significant new external financing to meet expected debt redemptions after the programme concludes.”

“Real estate prices are still declining and the ultimate impact of the decline on household wealth, domestic savings, and bank solvency is not yet clear. Financial institutions will need to significantly reduce outstanding domestic credit or identify significant new sources of funding.”