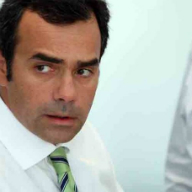 Nicosia municipality has come to an agreement with representatives of the Turkish Cypriot community in the north of the capital regarding the Mia Milia water treatment plant, which will lead to the project completion in 2014.

Responding to a story run in daily Phileleftheros, saying that Turkish Cypriot authorities were boycotting the project by refusing to cooperate, proceeding instead to dump water in the Pedieos river, a source inside the Nicosia Sewage Board confirmed that there were indeed some obstacles in negotiations but dismissed reports of boycotting. “It’s true that for the last 30 months we didn’t have the response we expected but there was no boycotting. There are a lot of things going on right now in the occupied areas. The issue was resolved with the mediation of Nicosia mayor Constantinos Yiorkadjis and on February 10 we reached an agreement. We will now be briefing the EU Commission offices in Nicosia on said agreement so we can proceed as quickly as possible with the completion of the project,” said the source.

Asked to confirm whether the Turkish Cypriot side did dump water from the treatment plant into the Pedieos, the source said there had been no alternative. “What else can you do with thousands gallons of water? They had to do something with it. In any case, the water dumped was supposed to be used for irrigation”. The Nicosia Bi-communal Wastewater Treatment Plant (WWTP) islocated in the Mia Milia/Haspolat area of Nicosia and is expected to cost around €25m.

It will be the largest waste water treatment plant in Cyprus and one of the largest facilities using Membrane Bioreactor Technology, state-of-the-art waste water treatment technology, in the world. The plant will serve approximately 270.000 people in Nicosia and treat an average flow of 30,000 cubic metres per day by 2017. The plant will be capable of producing 10 million cubic metres of water a year to a high enough standard to be used for irrigation. The project is being implemented by the United Nations Development Programme (UNDP) / Partnership for the Future which will act as the Contracting Authority/Employer.

Recently, Turkish Cypriot leader Dervis Eroglu laid the foundation stone for the three pipelines that are to supply the north with drinking water from Turkey. Setting up the pipelines is the second part of the project, the first being building a dam in the Mersin province in southern Turkey.