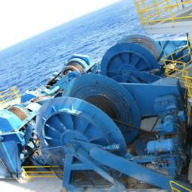 The state-owned Natural Gas Public Company (DEFA) has started assessing the bids submitted by interested suppliers of natural gas for the use in power generation.

“At this stage, the evaluation concerns the application of a set of pass/fail criteria for proposals received. These criteria cover the bidder’s (i) financial standing, (ii) creditworthiness, (iii) experience and technical capability and (iv) the technical suitability of the bidder’s proposal,” DEFA said in a short statement.

The assessment of the bids was expected to take a few weeks, the state gas company added. DEFA has received four proposals to supply natural gas to the island, an interim solution for power generation before its own reserves come on line. DEFA did not release details of the bidders, saying it was bound by confidentiality agreements.

Subsequently, the partners developing Israel’s offshore Leviathan field announced on the Tel Aviv Stock Exchange they have bid to sell gas to Cyprus via a pipeline. The Leviathan partners are Delek Group, Noble Energy and Ratio Oil Exploration.

Israeli financial daily Globes estimated the bid to be worth around $3bn. Globes also reported that other bids have come from Dutch-owned oil trader Vitol, a group led by Azeri state oil company SOCAR, and a Greek consortium.

Based on its initial invitation for proposals, issued in January, DEFA is seeking a supply line for up to ten years, commencing in January 2016. DEFA is looking for comprehensive solution involving all commercial and infrastructure requirements including sourcing, transportation and processing. It will sell the gas to the Electricity Authority of Cyprus.