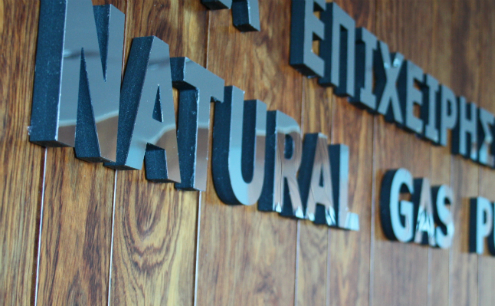 The Natural Gas Public Company (DEFA), tasked with reaching agreement with a supplier for the so-called ‘interim solution’ to replace oil as the state power company’s (EAC) electricity-generation fuel with imported gas at lower cost, resumed work after its new board was appointed.

The interim solution scenario has been in the works for three years, but successive extensions to the tender review process have pushed the deadline back to December 2015, very close to the date designated as the start of the project – January 1, 2016.

On Tuesday, the government announced the appointment of DEFA’s new board, which features three new members – Marianna Charalambous, Giorgos Tripatsas, and Stefanos Stefos – in replacement of Nicos Makrides, Anastasis Kounoudis, and Adam Lomas.

DEFA, the EAC, and energy regulator CERA, have been invited by President Nicos Anastasiades to the Presidential Palace on Monday, in order to discuss the way forward and push for decisions on the interim solution.

The aim of lowering the cost of power generation has been at the forefront of Anastasiades’ policies, with the President often citing the price of electricity in Cyprus as an unacceptable reality that must be addressed.

Tenders were initially invited by the government in January 2014, with a view to finalising an agreement by that year’s summer.

However, the summer deadline passed and no deal was clinched, because the cost reductions did not justify the investment.

Three more extensions ensued, with a view to attaining better terms, but efforts have not yet proven fruitful.

Daily Phileleftheros reported that the preferred bidder thus far – Dutch energy giant Vitol – is still working on how to further reduce costs, and a further extension has been granted, until December 2015.

Meanwhile, the EAC appears to have reservations on whether, given falling oil prices globally, the pursued interim solution would truly reduce the price of electricity in Cyprus.

“The issue is being handled exclusively by DEFA,” EAC spokeswoman Christina Papadopoulou-Theofanidou told the Cyprus Mail.

“The EAC has a purely supportive role in evaluating the proposal selected by DEFA. A little more patience is required, before more can be said.”

It is hoped that Monday’s meeting at the Presidential Palace will help clarify many points and coordinate the next steps among various stakeholders.