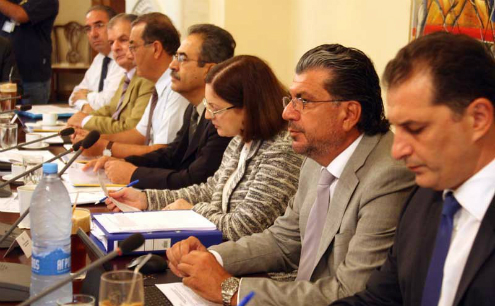 DEFA to review ‘conflict’ in gas tender next week

The Natural Gas Public Company (DEFA), currently in the midst of negotiating a contract worth some $4bn, will soon convene its board to discuss allegations of a conflict of interest in relation to the natural gas tender.

The meeting will be held “in order to clear the air” in regard to the conflict of interest allegations, a source close to DEFA confirmed to the Cyprus Mail.

The same sources, who did not wish to be identified, expressly denied the claims aired by the Sigma news network this week. The network claimed to be in possession of emails and minutes of DEFA meetings showing that a member of the DEFA board could be guilty of conflict of interest.

According to Sigma, the board member in question is a partner in a company active in the energy industry. Emails obtained by the news network apparently suggest that this person sought to arrange a meeting between a client of his own company and Vitol, the company that is now the top contender to land the massive DEFA tender.

But the DEFA sources described the report as “grossly inaccurate.” The emails were quoted out of context to make it look like there was something fishy going on.

In fact, the Mail is told that whereas the emails aired by Sigma are genuine, their contents are not about synergies relating to the current gas tender per se, but about possible subsequent synergies that are not germane to the tender.

For example, the leaked emails refer to the interest a foreign company has shown in building a potential network of pipelines on land transporting natural gas to terminals.

The leaked email correspondence is related to precisely this possibility, namely that gas pipelines could be laid in Cyprus at some pointin the future.

Nevertheless, DEFA has called a meeting of its board next week, to be attended by the body’s legal counselor, to discuss the allegations that have surfaced.

But, the sources stressed, this was merely to “clear the air.” At no point did the board become aware of any conflict of interest involving any of its members, they added.

If therewas any validity to the allegations, the same sources said, then these would have been reported to the proper authorities. “By going to the press with these unsubstantiated claims, don’t they understand that there’s a risk they might scupper the whole deal?”

As far as the tender itself goes, it’s understood that DEFA and Vitol are at a critical part of negotiations, primarily relating to the technical feasibility of their proposal to bring gas to Cyprus. The tender validity period has been extended – again – to October 31.

DEFA is negotiating on behalf of the state for the import of natural gas, to be used for electricity generation.

Cyprus, currently reliant on heavy fuel oil, wants to switch to cleaner and cheaper natural gas until its own offshore reserves come on tap.

Cyprus’ Covid-19 vaccination rollout broke the 200,000 barrier on Thursday, while the health ministry forges on despite online booking glitches and doubts about some vaccines.

The European Commission said on Wednesday it had approved an €8 million Cypriot scheme to support tour operators affected by the pandemic.