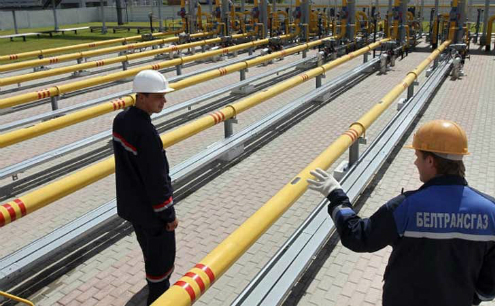 The Natural Gas Public Company (DEFA) has wrapped up talks with Russia’s Itera on the potential interim supply to Cyprus of natural gas, and is now set to deliver a report to the government.

The Natural Gas Public Company (DEFA) board of directors yesterday heard from its negotiating team but, due to an apparent lack of consensus, decided to schedule a further meeting.“The Board examined and decided the procedures to be followed. The next Board of Directors meeting will be scheduled depending on developments,” DEFA said in a brief statement.

Once DEFA has made up its mind, it will present its report to the energy minister, who will make a recommendation to the Cabinet. Cyprus is looking to secure intermediate supplies of natural gas until it can bring ashore its own gas from the offshore prospects.

The talks with preferred bidder Itera are bound by a confidentiality agreement. DEFA has said only that under the terms of the tender it is not obligated to pick a supplier, and that the key criterion for any decision is a substantial reduction in the cost of electricity production from natural gas compared to current costs using heavy fuel oil. But press reports suggest DEFA and Itera have been edging closer to an agreement, after the Russian company quoted an even lower price.

Newspaper Phileleftheros reports that Itera’s latest offer was for just under €12 per million BTU (mmBtu) for natural gas. That’s a significant drop from their earlier proposal for €15.6 per mmBtu. The trade-off for the lower price is extending the supply period. The tender provided for supplies from September 2015 to September 2018, with an option to renew the contract to late 2020.

Late 2020 orearly 2021 is as of now the approximate timeline for the operation of a Liquefied Natural Gas (LNG) plant which will generate electricity from natural gas extracted from offshore hydrocarbon reserves.

EAC’s current cost of electricity stands (on average) at 16 cents per kilowatt-hour (kWh). According to its latest report, the electricity utility spends some €550m a year on the expensive heavy fuel oil that fires its power plants. The utility has meantime invested hundreds of millions in acquiring turbines that can burn natural gas. A rough calculation indicates that the €12 per mmBTu offered by Itera is considerably lower than the current cost of electricity production. Since one mmBTu corresponds to 293 kWh, the EAC’s current cost of production per mmBtu works out to 293 kWh times 16 cents, which comes to around €47.

Itera’s proposal envisages the deployment of floating storage and regasification units (FSRUs), which will cost the company some €150m. To sweeten the deal, it’s understood that the Russians have offered to allow Cyprus use of the FSRUs once the contract expires. In addition, Itera is reportedly offering to build a natural gas pipeline running from Vassilikos to the Dhekelia power plant.