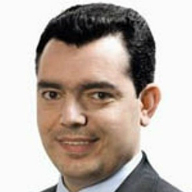 Defence Minister Christoforos Fokaides will on 29 October 2015 address a conference on maritime safety in Berlin, organised by the European Defence Agency and the EuroDefense (Deutschland) network.

Fokaides, the keynote speaker, will address the conference on security challenges in the Eastern Mediterranean, an official release said.

Cyprus will also host a European conference on maritime security on November 12 and 13.

The conference, which is being organised by the ministry of defence, will focus on the European Maritime Strategy on Safety at Sea (EUMSS).

European maritime communication lines, the protection of maritime infrastructure and a review of navy operations by EU member states in activities traditionally in the remit of the coastguard will also be discussed.

The conference will also focus on aspects to do with research and technology with the participation of the academic and research community.

Interested parties can apply to take part in the conference at seminar@mod.gov.cy