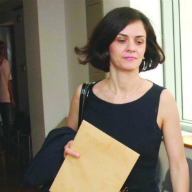 Delia Velculescu, IMF’s Mission Chief for Cyprus will be moving on to another assignment at the end of September 2014, as part of her regular career progression, the organization said recently.

The move comes after two and a half years as the IMF’s chief overseeing the island’s bailout adjustment programme. It is expected to take place once the fifth review was finished.

She will be replaced by Mark Lewis, a US national who has been with the Fund since 1995.

Lewis has had a number of country responsibilities during his career at the IMF, including Russia, Morocco, Armenia, and Turkey.

He will lead the team that will conduct the sixth review of the program later in the autumn.