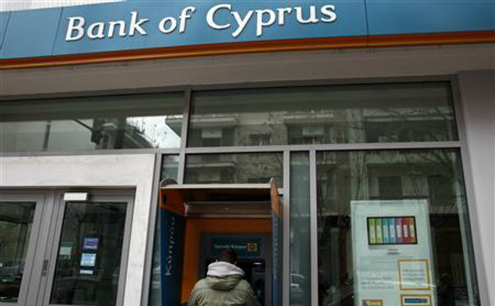 The reduction in deposits was mainly on a €540.7m outflow from accounts held by other financial intermediaries to €5.5bn, followed by €135.2m by non-financial companies to €11.3bn, the Central Bank of Cyprus said.

Insurance companies withdrew €58.5m from their accounts reducing their balance to €1.8bn while in the case of households, the drop was €27.3m to €28.5bn, partly offset by a €16.1m increase in government deposits to €3.2bn.

While last month’s outflows, in which Cyprus experienced the culmination of the third banking crisis in six years, was on fears of concerned Co-op depositors that the deal with Hellenic Bank would not go ahead, a contagion may not be ruled out.

Depositors at the Co-op, which serves mainly households and small and medium size enterprises, were lifting cash from their accounts and sought to open accounts with other banks. Depositor concern was exacerbated by political opposition to the terms of the deal negotiated by the Cyprus Cooperative Bank and Hellenic Bank, which included government guarantees.

On July 8, the parliament approved the terms of the deal including conditions set by the European Commission to approve the acquisition of the Co-op’s healthy operations by Hellenic Bank