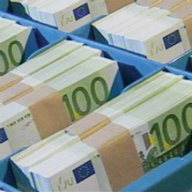 Deposits outflow slows down in November

Deposits in the Cyprus banking system declined by €138.5 mln in November 2013 to €46.17 bln, figures released by the Central Bank of Cyprus show.

This is smallest outflow of deposits since January 2013, reflecting signs of stabilisation in the system, since the March €10 bln bailout which featured a haircut of uninsured deposits to save the island’s ailing banks. On a positive note, domestic residents deposits increased by €374 mln to €32.86 bln. Deposits of residents from other Euro countries declined by €44.1 mln to €2.63 bln, whereas deposits from non-euro area residents declined by €468.4 mln to €11.67 bln. On an annual basis, deposits declined by €22.7 bln including the haircut which amounted to €9.4 bln.