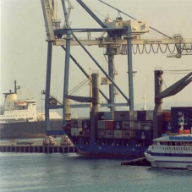 Details emerge of road to privatisations

A cabinet decree privatising the commercial activities of the Cyprus Ports Authority (CPA) is due to be issued, as the government gets the ball rolling on denationalising SGOs and state-owned enterprises.

Under the privatisation plan for the CPA, the commercial operations of the Limassol and Larnaca ports are to be handed to the private sector. For the port of Limassol, in relation to the loading and unloading of cargo/transit station, the state will grant a long-term licence or lease to a suitable port operator, to be selected after a procurement procedure by December 31, 2015. For Larnaca port, the procedure is already underway on the basis of a private-public partnership (PPP). An official said recently the CPA would retain its supervisory and administrative role, and no state infrastructures would be sold off to the private sector.

The government will enter into a contract with a private company giving the latter control over commercial operations at the port of Limassol. As ports are designated part of national security infrastructure, the contract would include a clause giving the government power to take full control of the facility in the event of emergencies. A privatisations proposal for the CPA, drafted by the communications ministry, was recently submitted for approval to the cabinet. Its sanctioning was delayed due to the government reshuffle, but the plan will likely be approved soon when the new cabinet convenes for business. Once the proposal has been rubberstamped – a formality – the cabinet will be issuing a decree that will be published in the government gazette. According to a leaked draft of the decree, the privatisation process for Limassol port is to be handled and executed by the communications ministry.

By contrast, the denationalisation of other SGOs will be assigned to a Privatisations Unit, to be set up by the government. For the Cyprus Telecommunications Authority (CyTA), the privatisations timetable provides for transforming the entity from a body governed by public law to a company limited by shares and governed by private law, with the state being the sole shareholder, by December 31 of this year. The next stage involves a decision for a percentage of the share capital to be offered to the employees of CyTA at an individual or collective level (provident/pension fund) according to market rules, by March 31, 2015. This will be followed by scouting for a strategic investor to provide the necessary technical know-how and contribute to the modernisation and development of the organisation’s operation. The process is to be completed by December 31, 2015.

Privatising the Electricity Authority of Cyprus (EAC) also comes in stages. The first involves unbundling the EAC’s activities to separate legal entities, by June 30, 2015. Next, the entity is to be transformed from a pubic-law body to a company or companies limited by shares, with the state being the sole shareholder, by December 31, 2015. During the third stage, decisions will be taken for a percentage of the share capital to be offered to employees at an individual or collective level (provident/pension fund) according to market rules, by March 31, 2016. Finally, the government will seek out strategic investors for one or more sectors of activity of the EAC. This stage is to be wrapped up by September 30, 2017.

Privatising SGOs and state-owned enterprises is a condition for a €10bn international bailout. Under the deal, Cyprus must raise at least €1bn by the end of the bailout programme and an additional €400m by 2018 at the latest, with the cash used to pay down the national debt. Meanwhile, and in another sign the administration is pressing ahead, an advertisement has been posted for the position of the head of the Privatisations Unit, also known as the Commissioner for Privatisations. The recruitment and selection process has been contracted out to PriceWaterHouseCoopers. According to the recruitment advertisement, which can be found on the finance ministry’s website, the Commissioner will be responsible for “directing and overseeing all the activities of the Privatisations Unit, ensuring its effective functioning.”

Cyprus ranks in the top 10 countries in a Covid Performance Index of almost 100 countries for their successful handling of the coronavirus pandemic, according to Reuters.

Plans to upgrade houses, making them more energy efficient, were presented today by Natasa Pilides, the Minister of Energy, Trade and Industry.