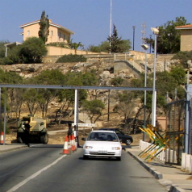 Details of the government’s agreement with Britain to concede the right of development to owners of property in the Sovereign Base Areas (SBA) were recently unveiled by Interior Minister Sokratis Hasikos.

Addressing a gathering of impacted communities in Limassol, Hasikos offered a brief review of the agreement’s importance before providing the key points of the deal.

“This issue has concerned us for several decades,” Hasikos said. “The agreement allows for 78% of SBA land, some 200km², which includes the totality of private properties, to be inducted into land-use planning for development.”

The main provisions included in the deal, Hasikos said, include a significant degree of cooperation with SBA authorities, including the right to buy and sell property in the area controlled by the SBA – which was previously restricted to locals only.

“Property rights, as well as Land Registry department procedures, will continue to be recognised, and all development restrictions are lifted,” Hasikos said.

“Lastly, any infrastructure projects required will be paid for by Cyprus, except for projects that will also benefit SBA military installations, in which case the two sides will discuss cost-sharing arrangements.”

According to Hasikos, the agreement also provides for the SBAs adopting all planning and zoning legislation applicable in the Republic. SBA authorities are in the process of translating the relevant legislation into English, before adopting it.

The 254km² areas are considered British sovereign soil but were retained by the UK solely for military use according to the constitution of 1960.  Approximately 15,700 people live in the SBAs, which comprise 3% of the island’s land.