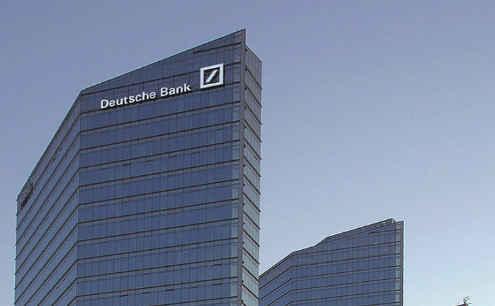 A high-level delegation from the German giant Deutsche Bank is due in Cyprus this week to discuss financing prospects for a natural gas (LNG) liquefaction terminal.

The delegation will meet Energy Minister Giorgos Lakkotrypis. Sources told the Cyprus News Agency that both the Deutsche Bank delegation as well as the visit by European Investment Bank (EIB) officials in May are related to the government’s efforts to involve European investors in the development of the island’s natural gas reserves via an onshore LNG terminal.

The Deutsche Bank delegation and the government will initially explore the financing prospects for an LNG terminal in connection with the reserves in the nearby Israeli Leviathan offshore gas field, in which the German bank is involved in a management role.

Apart from the direct financing option, the Cyprus government, together with Deutsche Bank and the EIB, will consider the possibility of finding investors to participate in the ambitious project, estimated to cost around €20 billion. Depending on the results of Thursday’s meeting, the issue will be included in the agenda during President Nicos Anastasiades’ official visit to Berlin on May 6-8.

An appraisal well carried out by US-based Noble Energy in the Cypriot offshore block 12 has revealed natural gas reserves of between 3.6 trillion cubic feet (tcf) and 6tcf with a gross mean resource of 5tcf. Noble Energy operates block 12 with a 70% working interest. Israeli partners Delek Drilling Limited Partnership and Avner Oil Exploration Limited Partnership each own 15%.

The Delek Group this month said it and its Leviathan partners – Noble Energy and Ratio Oil Exploration – have bid in the tender published by Cyprus’ Natural Gas Public Company DEFA for an interim gas supply from early 2016, and no later than the second half of 2017, through to 2022, followed by three one-year options to extend; the second is for the supply of gas through to 2025.

If built, a pipeline to Cyprus could conceivably be put to use should Israel agree to pool its gas reserves with those of Cyprus in a planned liquefaction plant on the island.