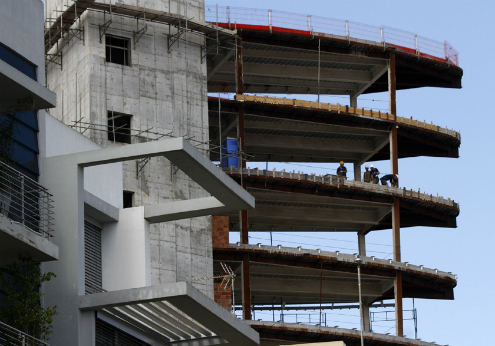 Development is the key to pulling the country out of the recession, big developers have said, following a meeting with President Nicos Anastasiades.

The elimination of obstacles that discourage foreign investors, as well as the need for simplifying procedures, flexibility and speed in matters such as licensing, were discussed at length in the meeting Anastasiades who lend a sympathetic ear, according to the association. Association chairman Theodoros Aristodemou said he was satisfied with the understanding showed by the president and his readiness to help further development projects. “Which we all know is a key factor in overcoming the problems we are facing at the moment,” Aristodemou said.

Nautical tourism was also discussed, while the association tabled specific proposals for the creation of golf courses and complex developments, aimed at upgrading the island’s tourist product. Asked about the liquidity crunch and non performing loans, Aristodemou said those issues were included in a memo handed to Anastasiades but were not discussed in depth as there was not enough time.

The delegation informed Anastasiades of the initiatives it planned to take in the immediate future. According to Aristodemou, capital investment for large scale development projects exceeded €8 billion, and their implementation would create over 7,000 new jobs. These projects, which are mature enough to be completed in a short amount of time, include golf courses, marinas, health and wellness centres, theme parks, commercial and housing developments, among others.