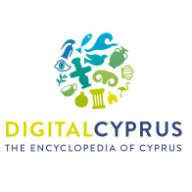 Digital Cyprus opens to the public over next few months

Digital Cyprus, a web-based open programming platform to host all kinds of information concerning Cyprus, is expected to open to the public by the middle of 2015.

The platform, which for the time being is only accessible by work groups, was presented on Wednesday by Cyprus’ Digital Champion Stelios Chimonas, who pointed out that the vision of Digital Cyprus was to create and maintain an internet community of volunteers who love Cyprus to help gather information on Cyprus, which will be accessible by all.

Digital Cyprus, which is being promoted in cooperation with non-profit organisation Future Worlds Centre, uses the same principles and software as Wikipedia.

“The goal is to create and maintain a web community of volunteers that love Cyprus and want to help concentrate material on Cyprus which will be available to everyone,” Chimonas said.

The project utilised the same principles and the same software offered by the global online encyclopaedia Wikipedia, he added.

“Digital Cyprus is an electronic encyclopaedia whose content is exclusively about Cyprus; the content will not be subject to censorship by unknown sources… since the platform will be run by Future Worlds Centre, which offers Cyprus the benefit of a complete and dynamic voice in a global society,” Chimonas said. He added that the platform will contribute to promoting Cyprus and become a source of information for the island’s history, culture, and traditions.

Already participating in the project are the union of municipalities and the Education ministry, Chimonas said.

“The encyclopaedia will host anything that has to do with Cyprus, its people, objects, history, economy and the current state of affairs, and any citizen of the republic can upload a subject they find important with help from the volunteers to develop it properly and to classify it correctly,” said the head of Future Worlds Centre Yiannis Laouris.

He added that users of the platform will be able to make corrections on texts posted by contributors and that a very small degree of control will be in place so that contributors are gradually divided into access levels.

“People will earn the right to make corrections which will remain for a greater length of time because the changes they make are correct,” Laouris said.