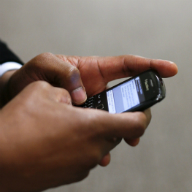 Direct mobile calls between both sides of Cyprus

Direct calls using mobile phones will be possible across the divide in Cyprus, with completion of infrastructure work expected in May 2014, says the head of the north’s chamber of commerce Fikri Toros.

Speaking to the media, Toros said all barriers to direct phone calls between north and south would be lifted soon.

He said the two communities’ respective chambers of commerce have for some time been working toward making possible direct calls on cell phones. Toros disclosed also that the project has been green-lighted by the leaders of the two communities.

Toros said that before the last round of peace talks he and the head of the Cyprus Chamber of Commerce discussed the issue in Malta in 2013.

“During that time we couldn’t make any progress. However, we did not give up and pushed for it.” According to Toros, most of the challenges are technical issues, such as the tariffs and the location of the mobile stations.

Under the new arrangement the mobile phones with Turkish GSM numbers can be also used in the south, something that was not possible before. In addition, many Greek Cypriot users had problems with reception in most areas of the north.

In other comments, Toros welcomed the recent visit to the island by the US Vice President Joe Biden. He noted that the United States supports the extraction of natural gas from the East Med and its export to Europe as soon as possible. Natural gas, he added, will be a catalyst, attracting foreign investment to the island.